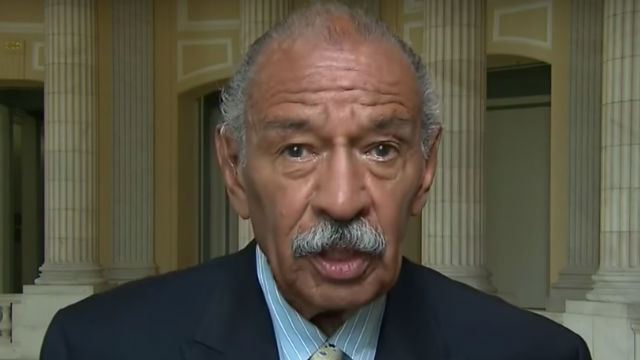 A Democratic congresswoman is calling on colleague John Conyers to resign.

Rice says the allegations against Conyers are “as credible as they are repulsive,” saying, “We all know credible allegations when we hear them, and the same is true of hypocrisy.”

I believe Rep. Conyers should resign. Full statement below. pic.twitter.com/k8u9CXoJzH

Other Democrats haven’t quite gotten to that point yet. Congressman Gregory Meeks said earlier today Conyers should step down from his post as ranking member on the House Judiciary Committee.