Well this is embarrassing.

In the wake of the Bill Maher “n-word” controversy, there has been no shortage of hot takes on Twitter and various websites. One website would have us believe that CNN reporter Laura Jarrett (daughter of close Obama adviser Valerie Jarrett) penned a story titled “Bill Maher just dropped the “N” word, here’s 5 reasons why that’s okay,” which was quickly deleted by CNN.

Outrageous, right?! A CNN reporter, and daughter of a senior White House adviser during the Obama administration, apparetnly giving leeway for Maher to use racially insensitive language? Double standard! What hypocrisy! Lamestream media!

Except it’s not true.

Mediaite reached out to CNN for comment on this story and a spokesperson confirmed that this is fake. There was no story for CNN to have deleted. All made up to score some political points with people who are too dumb to realize it. Like Dinesh D’Souza, who is something of an expert at promoting fake and unsubstantiated news.

See the a screencap of the super-embarrassing retweet below: 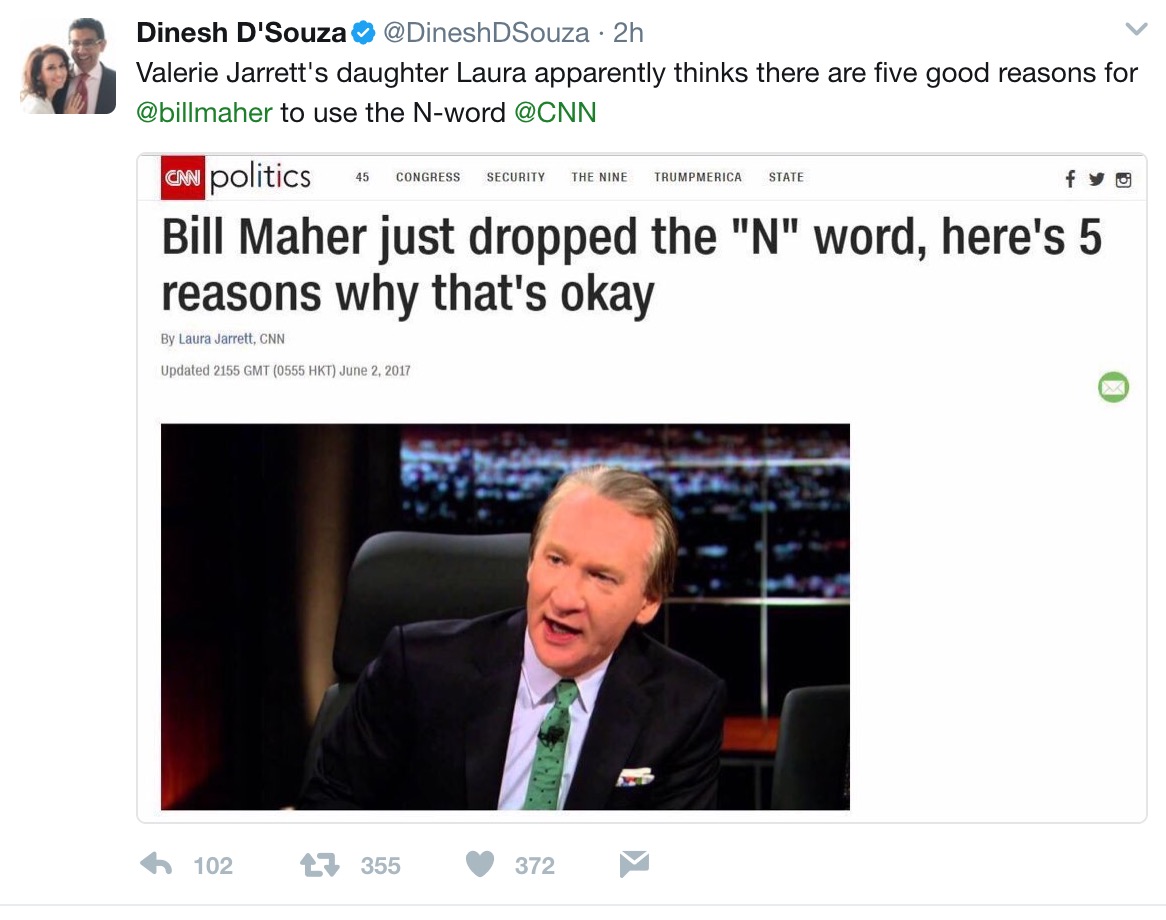 The fake story has been picked up among conspiracy theorists, and CNN’s Brian Stelter has asked alt-right provocateur Jack Posobiec if he will correct himself for spreading it:

Jack, how could you possibly believe CNN would ever publish a piece like that? Where'd you find the screen grab? Will you issue correction?

CORRECTION: It seems the article I saw on social media re. @cnn defending @billmaher 's use of the N-word was a fake https://t.co/wout2lcl6m