Donald Trump's Very First Tweets of 2019 Are Here, and Oh Boy..
DAY ONE 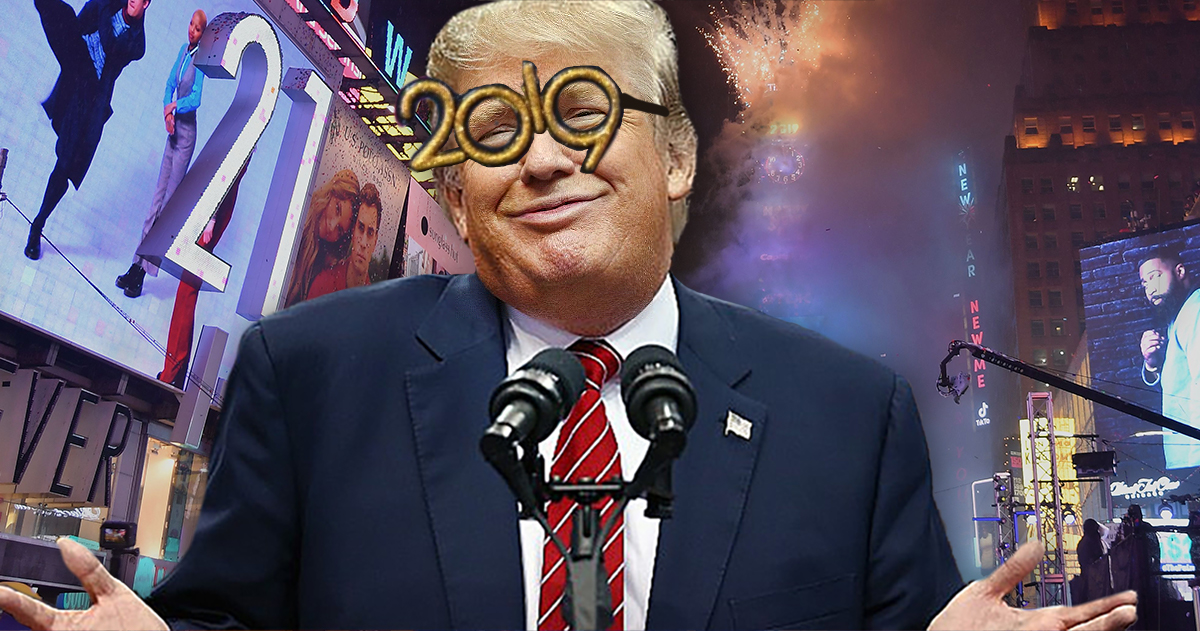 Happy New Year! It’s January 1st, and President Donald Trump has issued his first tweets of 2019, and at first, may not seem like what you expected.

The president’s twitter is a media outlet unto itself, a source of news stories, memes, haters, mockers, fans, devotion, controversy, policy and more. From time to time people pretend at ignoring it or at deeming it beneath America’s attention to obsess over, but like celebrity break-up stories and buddy cop films, the President’s tweets aren’t leaving the American spotlight anytime soon. So his first tweet of the new year is, of course, of interest, be that interest morbid, prurient, or genuine.

Well this year’s first tweet is here, and, given all the above, you may find it rather underwhelming. It’s a book pitch for a Fox newser.

Dr. Sebastian Gorka, a very good and talented guy, has a great new book just out, “Why We Fight.” Lots of insight – Enjoy!

Rather a let-down, to be honest. Certainly not one of the greatest hits of the medium.

But fear not. Before you get too disappointed, you’ll be glad to know that he followed up with a second tweet, and it is gloriously all-caps and angry, full of Trumpian buzz words.

HAPPY NEW YEAR TO EVERYONE, INCLUDING THE HATERS AND THE FAKE NEWS MEDIA! 2019 WILL BE A FANTASTIC YEAR FOR THOSE NOT SUFFERING FROM TRUMP DERANGEMENT SYNDROME. JUST CALM DOWN AND ENJOY THE RIDE, GREAT THINGS ARE HAPPENING FOR OUR COUNTRY!

Now that is fan service. “HAPPY NEW YEAR TO EVERYONE, INCLUDING THE HATERS AND THE FAKE NEWS MEDIA!” is everything we wanted. The rest is gravy. Especially fun was his advice to “enjoy the ride.”

Then an hour later, just moments ago, a more sedate sentiment.

So Gorka, then HATERS!1!, then a break, then sedate.