#EggBoy Takes Over Twitter: ‘Australia Has a New Hero’

#EggBoy Takes Over Twitter: ‘Australia Has a New Hero’ 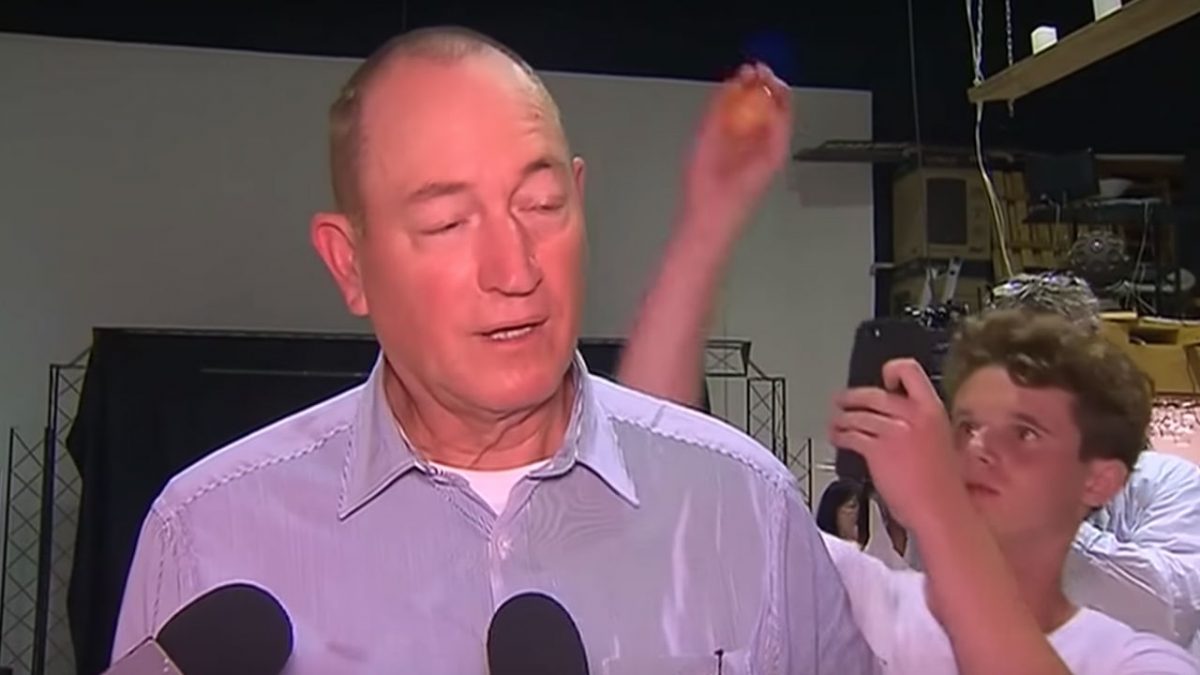 By now you’ve probably seen the video of Australian senator Fraser Anning––the one whose statement on the New Zealand mosque terror attack denounced Muslim immigration––being egged by a teenager.

Anning then hit the teen, who was tackled by others there before the police showed up. #EggBoy has now taken over Twitter as many have lauded his actions:

Just on Egg Boy: Tonight I was talking to Ali, a young Muslim who prays at Al Noor, outside the Christchurch hospital. Mid convo he goes "Hey did you see the video of the Queensland senator getting hit by the egg?", pulls out his phone, plays it, and says "That made my day".

Egg Boy, you have free entry to any Hoods show for life should you wish.

A teenager has egged Senator Fraser Anning following his disgusting comments in the wake of the Christchurch shooting.
Australia has a new hero, thank you egg boy. pic.twitter.com/eEOKA8FFsW

This is one of the greatest things we've ever seen… all hail egg boy! ? #eggboy https://t.co/xN72OqztB2

A phrase I never thought I would read. "egg-related civil disobedience" #eggboy

Not only did @fraser_anning punch a kid… but it had little effect on #EggBoy Watching kids protest for climate change and now Eggboy taking a left hook without flinching makes me think that our future is bright.

The thug philospher who has a unnecessary choke hold on the kid is priceless- ‘it’s like you’ve thrown an egg at all of us’ ? https://t.co/8AXlBRYufc

Not all heroes have superpowers, some just need an egg. This is the disgusting man who wrote that horrible press release. https://t.co/pTIZljXkzM