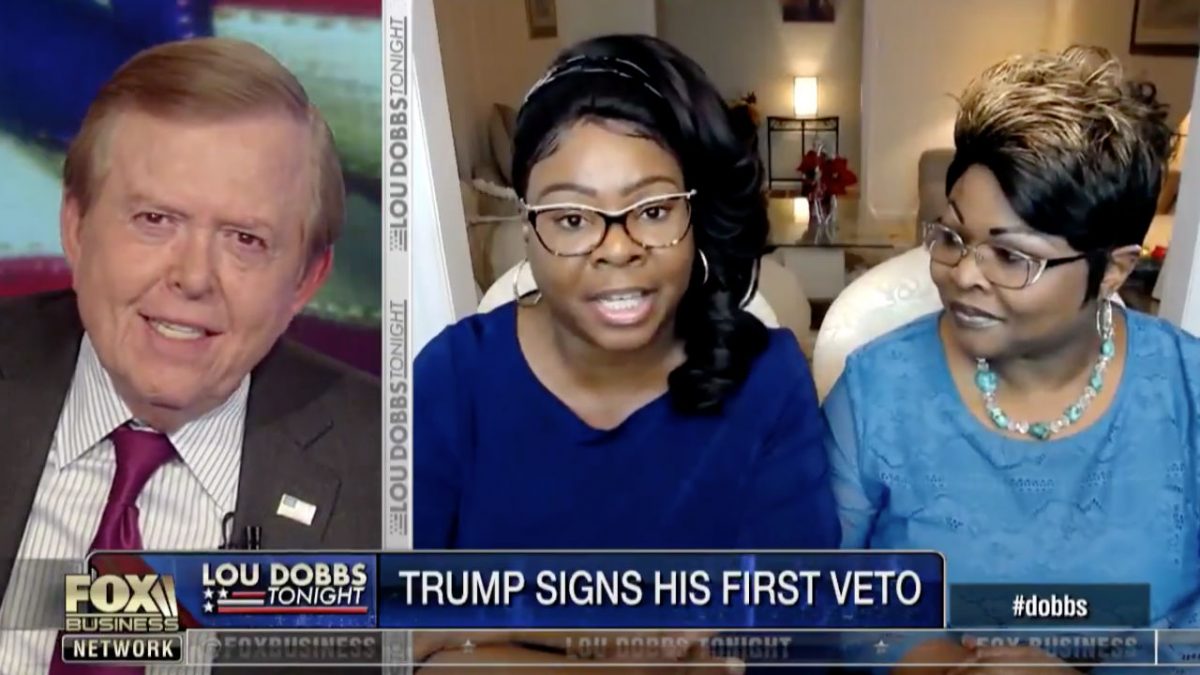 President Donald Trump shared videos today from Lou Dobbs‘ Friday night Fox Business show from guests praising his veto of the resolution against his national emergency declaration at the border.

Trump first shared video of former ICE director Thomas Homan telling Dobbs, “One of the greatest presidents of my generation did exactly what he should have done.”

He also shared video from Diamond & Silk’s appearance, in which the outspoken pro-Trump duo not only defended him, but blasted the Republican senators who voted to block the emergency declaration as “the new swampettes.”

And after addressing the vote in the House to release the Mueller report, the president also shared a clip from Fox News’ Outnumbered of Kennedy going off on Hillary Clinton:

On the recent non-binding vote (420-0) in Congress about releasing the Mueller Report, I told leadership to let all Republicans vote for transparency. Makes us all look good and doesn’t matter. Play along with the game!