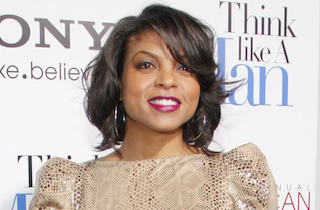 Taraji P. Henson, one of the stars of the new hit Fox series Empire, spoke out about how her son was racially profiled by the police when he visited the University of Southern California. In a recent interview with Uptown Magazine getting lots of attention this week, Henson talked two run-ins her son had with the cops in California.

But when he got to USC, Henson explained her son was walking around campus and “police stopped him for having his hands in his pockets.” So she decided to send him to Howard University instead because she doesn’t want to be laying awake at night “wondering is this the night my son is getting racially profiled on campus.”

Henson had tweeted about her son being racially profiled back in January:

Racial profiling is VERY REAL!!! It has happened to me but to my son more and he is only 20!!! Something needs to be done. #SERIOUSLY

The director of USC’s Department of Public Safety actually responded to Henson in a statement sent out last night. Here is the statement in full:

I was deeply disturbed to read news reports about a prospective student who felt profiled on or near campus because of his race. We encourage reporting of allegations of bias and I hope for the opportunity to have a conversation with the young man and his mother.

I would like to look into this matter further and better understand who was involved and what took place. As someone who personally experienced racial profiling as a teenager, I have a stake in learning more about this incident and doing all I can to reach a just resolution.

It is not clear to me which police departments were involved. Any allegation of bias or unequal treatment by university officers would trigger an investigation that I would supervise along with the university’s Office of Equity and Diversity. It is my expectation and that of the university that our department uphold the highest standards of constitutional policing, affording equal rights and respect to all persons.