Erick Erikson: Abortion Providers Should Be ‘Thankful’ That Planned Parenthood Shooting ‘Is A Rare Event’ 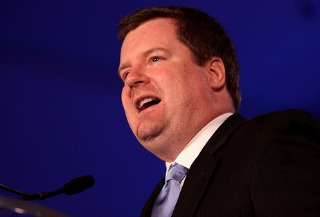 “It really is surprising more Planned Parenthood facilities and abortionists are not being targeted,” Erickson wrote in a blog post on his website. The Fox News contributor also suggested that the lack of murderous rampages targeting abortion clinics “speaks to the pro-life movement being faith based and turning to their better angels.”

Robert Dear opened fire at a Planned Parenthood facility in Colorado last Friday, killing three. After the shooting, reports surfaced that Dear told authorities “no more baby parts” when they led the him away from the scene.

“[Planned Parenthood president] Cecile Richards is about the closest we have come in the United States to Joseph Mengele,” Erickson wrote, insisting under her leadership, “doctors have been killing children and harvesting the children’s organs.”

Erickson went on to suggest the pro-choice movement be “thankful” that Americans “have not taken the law into their own hands” despite the fact that “Planned Parenthood butchers millions of children,” writing:

Given the public light shed on the atrocities committed by Planned Parenthood and both the government and media’s turning a blind eye to it, dismissing it, laughing it off, or lying about it, it really should be surprising that Americans convicted of the need to stop the murder of children have not taken the law into their own hands.