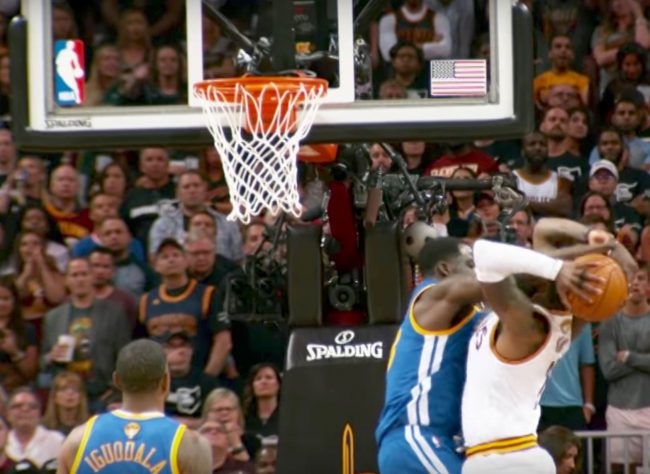 It is not the biggest leap to suggest — though they’d never admit it publicly — deep down, NBA honchos are rooting for the Cleveland Cavaliers to win tonight’s NBA Finals Game 5 in order to extend the series to a sixth game. But would they ever go so far as to try to influence the outcome in order to generate that result? A man who pleaded guilty to fixing NBA games says yes, the NBA is capable of doing that.

In an interview with KNBR radio in San Francisco, Tim Donaghy, the disgraced former NBA referee who served more than a year in federal prison after pleading guilty to two felony counts relating to fixing games, said that he believes the NBA will look to influence the referees by showing them missed calls from the previous game.

“I think they’re going to show [the referees] a lot of plays that should’ve been called against Golden State and weren’t… It’s a situation where they’re going to try to get a Game 6 and open things up to create some more revenue for the league,” Donaghy said.

Donaghy claims he felt as though the NBA often had a clear preference in games that he officiated.

“I’ve been in the situation before, I’ve been in these meetings, I’ve been in these sessions,” Donaghy said. “I’ve walked out of them with my crew and kind of laughed thinking to ourselves, ‘Wow, they really want the Lakers,’ or ‘They want the Spurs, or the Cleveland Cavaliers to win tonight.’ It’s no secret we’ve walked out of these sessions laughing because David Stern was on TV one time saying the best NBA Finals would be the Lakers vs. the Lakers. It’s in the back of their mind at all times what’s best for the league.”

Donaghy spent 13 years in the league before he was forced to resign for fixing games on which he was said to either have directly placed a wager or was being paid by a bookmaker to influence outcomes.