Federal Court Rules You’re Allowed to Flip Off the Police 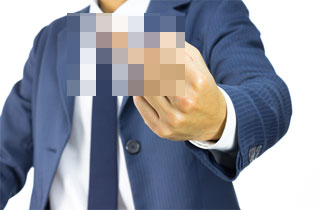 Freedom of expression is alive: The U.S. Court of Appeals ruled this week that people are very much allowed to give the middle finger to policemen, and that, in fact, you cannot get arrested for it.

The ruling came from a case in which a man was arrested for disorderly conduct after he gave the finger to a St. Johnsville, N.Y., police officer. John Swartz, the plaintiff, testified that he and his wife were driving to visit his son when they saw a police car with a radar device, and Swartz, who wasn’t breaking any driving laws, flipped the officer off. As soon as they arrived at their son’s house, however, a cop car pulled up to them and arrested Swartz for disorderly conduct.

Weirdly, the defendants had a different, kind of BS version of the story: while they acknowledged that the officer had seen Swartz flip him off, they thought that he was in need of assistance. Really. As the Second Court of Appeals wrote in their ruling:

As reasons he stated: John’s gesture “appeared to me he was trying to get my attention for some reason,” (2) “I thought that maybe there could be a problem in the car. I just wanted to assure the safety of the passengers,” and (3) “I was concerned for the female driver, if there was a domestic dispute.”

In his opinion, Judge Jon Newman ruled that the cops had no rational basis for pulling over Swartz based on his “giving them the finger”, saying that “the nearly universal recognition that this gesture is an insult deprives such an interpretation of reasonableness,” meaning: what kind of anti-social person thinks that flipping someone off equates to asking the police for help?

This ancient gesture of insult is not the basis for a reasonable suspicion of a traffic violation or impending criminal activity. Surely no passenger planning some wrongful conduct toward another occupant of an automobile would call attention to himself by giving the finger to a police officer. And if there might be an automobile passenger somewhere who will give the finger to a police officer as an ill-advised signal for help, it is far more consistent with all citizens’ protection against improper police apprehension to leave that highly unlikely signal without a response than to lend judicial approval to the stopping of every vehicle from which a passenger makes that gesture.

Well, at least we learned today that if you flip a policeman off, they may interpret it as a sign that you need police assistance and aid you as quickly as possible. Or they’ll attempt to arrest you.