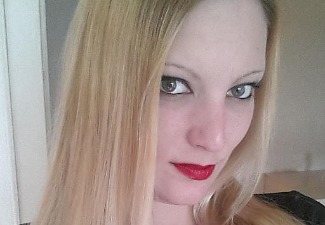 Groll has been very vocal about her disdain for the Islamization of Europe, immigrants, and gypsies, and so she was embraced by a group that mostly consists of burly, bald white dudes.

There’s just one problem: some of these burly, bald white dudes checked out her previous work, and they were none too happy with what they saw.

“Someone who sleeps with a foreign race in front of the camera can’t advance the nationalist ideology,” one activist wrote on a far-right Facebook page. Others, naturally, used blunter language.

As a result, Groll was essentially kicked out of the party and barred from attending any group events.

Below are some of the pictures she’s taken with members of the NDP.