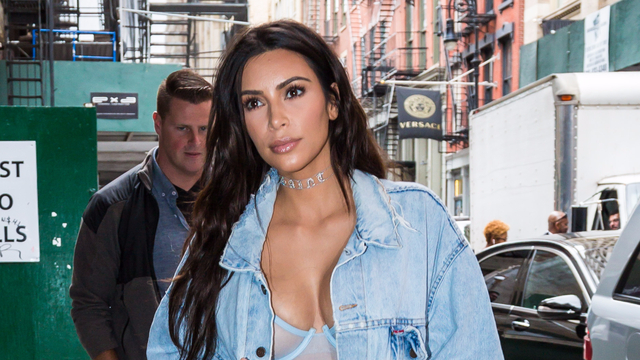 Kim Kardashian revealed on Sunday’s episode of Keeping Up With The Kardashians that she’d like to have another baby. “I want my kids to have siblings,” she said, “but the doctors don’t think it’s safe for me.” Each of her first two pregnancies were difficult, and a source told Us Weekly, “Having a kid would jeopardize Kim’s health incredibly. Doctors have told her no.”

For some reason, people felt the need to comment on this, including Mitt Romney‘s top strategist from his 2012 presidential campaign, Stuart Stevens:

Sometimes it seems the Chinese might have been on to something. https://t.co/2pNA590W9L

@stuartpstevens Oh! Are we being unnecessarily mean today? I’ll have a go: Stewart, you look like a blurry photo on tv for some reason.

@stuartpstevens this tweet is literally the only thing I know about you and what it actually says is that you’re a pretty terrible person.

@stuartpstevens Said just like an entitled white guy who thinks he gets to decide what is best for anyone/everyone else. #Skeezebag

@stuartpstevens Why would possess you to say something like this? I’m not a @KimKardashian Fan but COME ON! You’re better than this.

@stuartpstevens how shitty do you have to be to say something about a person who literally doesn’t effect your life?

Then, Kardashian’s friend and all-around awesome guy John Legend came to her defense too:

@stuartpstevens that was pretty awful. Shame on you