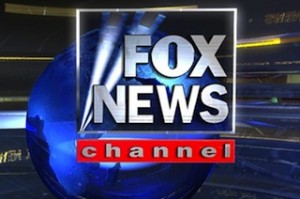 Fox News has reportedly cut ties with several of their regular contributors and commentators.

According to the Hill, George Will, Stacey Dash, and Ed Rollins are among the most high-profile contributors who did not have their contracts renewed with the network.

An ongoing feud has strained the relationship between iconic columnist Will and Fox News primetime mainstay Bill O’Reilly in recent months. O’Reilly has thrown shade at Will over his decision to go #NeverTrump and leave the Republican Party during the 2016 election, and he has continued to throw barbs at Will in the months since then.

Ms. Dash is a conservative commentator who became famous for her acting in the 90’s comedy Clueless. Dash would occasionally give her unvarnished thoughts on Outnumbered, which drove conversation at times, while sparking controversy at others.

Rollins frequently appeared on Fox to discuss Republican strategy, based on his experience advising and directing the Reagan-Bush campaign of 1984. He currently works as the chairman of the pro-President Trump Great America PAC.

Also let go were Marvin Kalb and Cal Thomas. These departures come shortly after British politician and Brexit proponent Nigel Farage was signed on as a contributor.