Fox News’ Martha MacCallum Receives Praise For Kavanaugh Interview: Pressing Him ‘More Than I Would Have Guessed’ 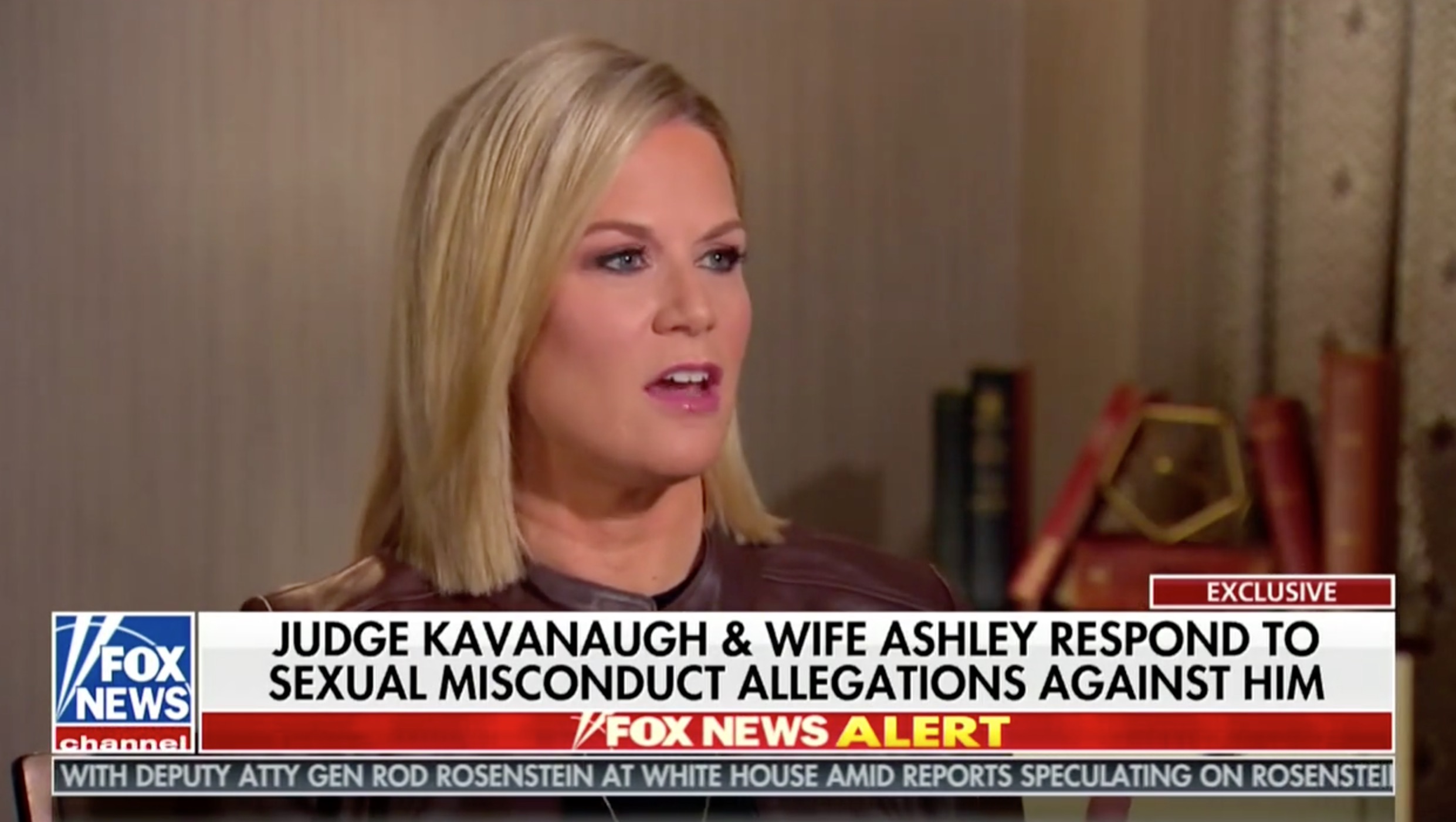 Her interview with the judge was his first televised interview since the first sexual misconduct allegation surfaced almost two weeks ago. MacCallum specifically pressed him on claims made by Dr. Christine Blasey Ford, Deborah Ramirez, as well as the allegations being publicized by Michael Avenatti. Kavanaugh denied any wrongdoing.

While Twitter remains divisive on Kavanaugh, there seemed to be a consensus on MacCallum’s interview performance.

anyone watch that and think MacCallum tossed softballs? I do not. very tough. MacCallum has been clear in her criticism of Sen. Hirono’s presumption of innocence flap and that showed, but otherwise I think Kavanaugh did not do himself many favors by sitting through that

Martha MacCallum is pressing Kavanaugh more than I would have guessed.

Agreed. I thought @marthamaccallum did a good job with the interview, pressing Kavanaugh on the comments made by his roommate at Yale, who said he believes Ramirez’s allegations and that Kavanaugh often became “incoherently drunk.” https://t.co/ZT1Kd9qSbJ

Probably more robotic than his handlers would’ve liked, but he was very well coached.

Also: By Fox News standards, Martha MacCallum did a good job. Too bad he wouldn’t answer her best questions.

.@marthamaccallum is asking every possible question.
And Kavanaugh is answering each one with principled conviction.
And every one of us who has ever feared a false accusation can see that.

Remember, the women must be honored unless they’re @marthamaccallum playing it straight in an interview.

Good lines of questioning from @marthamaccallum in this Kavanaugh interview.

This Fox interview was a bad idea on several levels. Hurt the cause more than it helped. Raised more questions than it answered.

.@MarthaMacCallum is asking Kavanaugh about every specific allegation, incl Avenatti’s (he says totally false & outrageous). Those who predicted otherwise were wrong