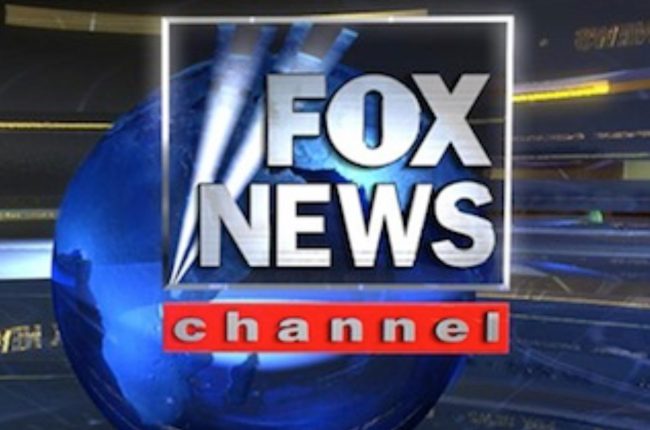 New York Magazine reporter Gabriel Sherman has announced on Twitter that sources told him that Fox News co-president Bill Shine is no longer part of the network:

BREAKING: Two sources inside Fox News say Bill Shine is out as of this morning

Fox News talent stunned by the news of Shine’s exit. “I have no idea what is going one,” one host just said

In recent days, per source, there was talk among Fox News women about circulating a petition inside the network calling for Shine’s firing.

According to senior sources, still no word internally about who is replacing Shine

Sources inside are speculating about the fate of Dianne Brandi, the Fox News lawyer who signed secret sexual harassment settlements

Shine’s reported leave comes shortly after the network observed a major shakeup after their cable news giant, Bill O’Reilly, was let go last month. Shine has reportedly been facing increased pressure within the network recently, and news articles have also noted that media magnate Rupert Murdoch and his sons were thinking about having a woman take the lead on the media agency.

Murdoch had taken Shine and Jack Abernethy out for lunch just last week, which may have looked like a show of support at the time.

Last week, after Sherman reported on Shine being privately concerned about his future, Sean Hannity sent out a series of tweets expressing concern and saying #IStandWithShine. One of those tweets said this:

Somebody HIGH UP AND INSIDE FNC is trying to get an innocent person fired. And Gabe I KNOW WHO it is. Best Sean https://t.co/W3BJ2wjzRD

Mediaite has received an internal memo announcing details which is excerpted below:

FOX NEWS MAKES NEW EXECUTIVE APPOINTMENTS
Bill Shine to Depart
Bill Shine, Co-President of FOX News Channel (FNC) since August 2016, has resigned and will leave the company after helping the transition over the next few weeks, announced Rupert Murdoch, Co-Executive Chairman of 21st Century Fox Inc. Shine has been with FOX News since its inception over 20 years ago.
In making the announcement, Mr. Murdoch said, “This is a significant day for all at FOX News. Bill has played a huge role in building FOX News to its present position as the nation’s biggest and most important cable channel in the history of the industry. His contribution to our channel and our country will resonate for many years.”
Jack Abernethy remains Co-President of FOX News and CEO of Fox Television Stations.
Suzanne Scott, Executive Vice President becomes President, Programming of FOX News Channel. Scott has been with FOX News since 1996, serving in all production and creative areas.
Jay Wallace, Executive Vice President of News becomes President, News of FOX News Channel. Jay also joined FOX News in 1996.
Mr. Murdoch added, “Suzanne and Jay are recognized industry leaders. They have both played a large part in assembling the deepest bench of talented broadcasters and journalists. They will lead FOX News to an even more successful future.”
Additional appointments include:
• Brian Jones, Executive Vice President of FOX Business Network becomes President, FOX Business Network reporting to Scott and Wallace.
• Amy Listerman, formerly CFO of Scripps Networks Interactive, takes up her new responsibilities as CFO of FNC today.
• Kevin Lord, Executive Vice President of Human Resources will take on the additional duties as Head of Compliance, reporting to Gerson Zweifach, Chief Corporate Counsel of 21st Century Fox.
FOX News Channel (FNC) is a 24-hour all-encompassing news service dedicated to delivering breaking news as well as political and business news. The number one network in cable, FNC has been the most-watched television news channel for 15 years and according to a Suffolk University/USA Today poll, is the most-trusted television news source in the country. Owned by 21st Century Fox, FNC is available in 90 million homes and dominates the cable news landscape, routinely notching the top ten programs in the genre.
###