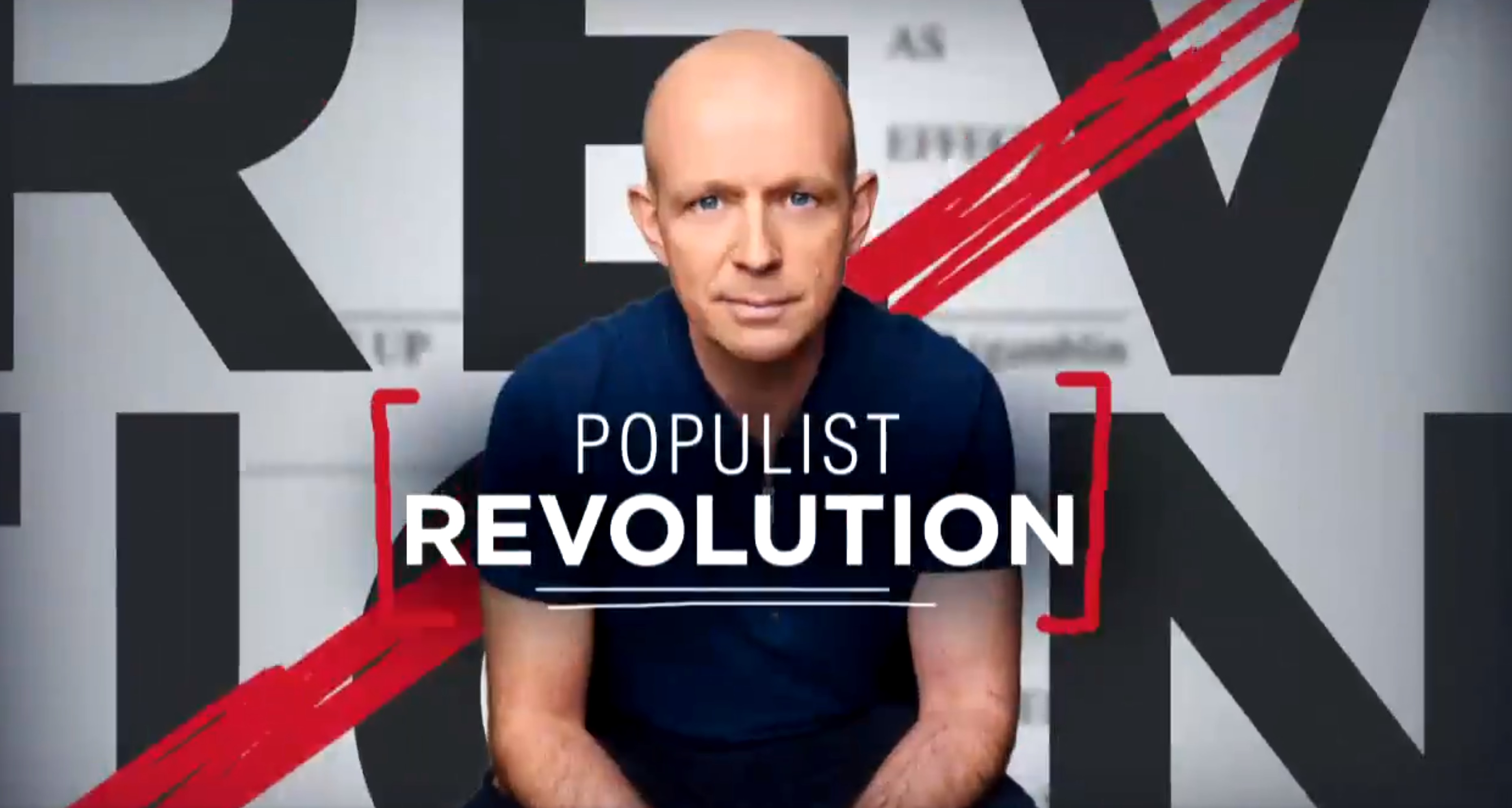 In a move first flagged by The Daily Beast, Crowdpac, which generates resources for emerging political candidates through crowdfunding, distanced itself from Hilton saying his “profile as a political pundit on right-wing cable news has created a tension within our platform and community.”

Hilton co-founded Crowdpac and currently hosts an evening show on Fox called The Next Revolution.

The explanation for the shakeup appeared in a post on Medium.com by acting CEO Jesse Thomas, titled “A stand against Trumpism, a stand for democracy.”

The company’s message was simple: “Our community has rejected Trumpism, we’re rejecting it too,” Thomas wrote.

“The irony isn’t lost on us that our first CEO, Steve Hilton — a conservative political strategist — helped start a platform that has become an element of the anti-Trump “resistance” movement,” the post read, adding that Hilton’s rhetoric has impacted the site’s image.

“Over the past couple of months, we’ve heard from many quarters of the Crowdpac community that, in light of Steve Hilton’s punditry, the use of our platform is seen as an endorsement of President Trump and his political movement,” Thomas said.

COO Gisel Kordestani, a co-founder of the site currently on maternity leave, will officially replace Hilton.

A tweet from Hilton suggests the split was amicable, stating he’s “proud of what the amazing team has built” and that he “loved working with you” and is “so grateful to our investors.”

Officially left my start-up @Crowdpac today. Proud of what the amazing team has built; loved working with you + so grateful to our investors.
Now Crowdpac’s leadership will align with its community – wishing @JCathan the best!
I’ll be working on new ways to boost #PeoplePower…