Fox’s Harris Faulkner and Hasbro Have Finally Settled Their Lawsuit

Fox’s Harris Faulkner and Hasbro Have Finally Settled Their Lawsuit 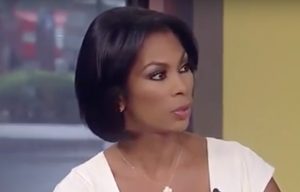 True cable news fans will remember this tidbit from last September: Fox News’ Harris Faulkner sued Hasbro toy company over a Littlest Pet Shop figuring named, well, Harris Faulkner. Whether or not the little plastic hamster looked like the Emmy-winning anchor is up for debate — though Faulkner claimed that with its wide eyes and big lashes it did look like her — but what has finally been settled is the lawsuit itself.

In fact, it’s been settled “amicably,” according to a joint statement from Faulkner and Hasbro. Here’s that statement:

It took about a year for the $5 million lawsuit to get figured out, but it looks like the saga has finally come to an end.

The statement was right about one thing for sure: Some of the toys are still out there. Here’s an eBay listing for one so you can judge for yourself whether the little hamster and person-sized anchor look anything alike.