‘Glasses Are For Cucks’: Twitter Reacts to Trump Staring Directly At Solar Eclipse

‘Glasses Are For Cucks’: Twitter Reacts to Trump Staring Directly At Solar Eclipse 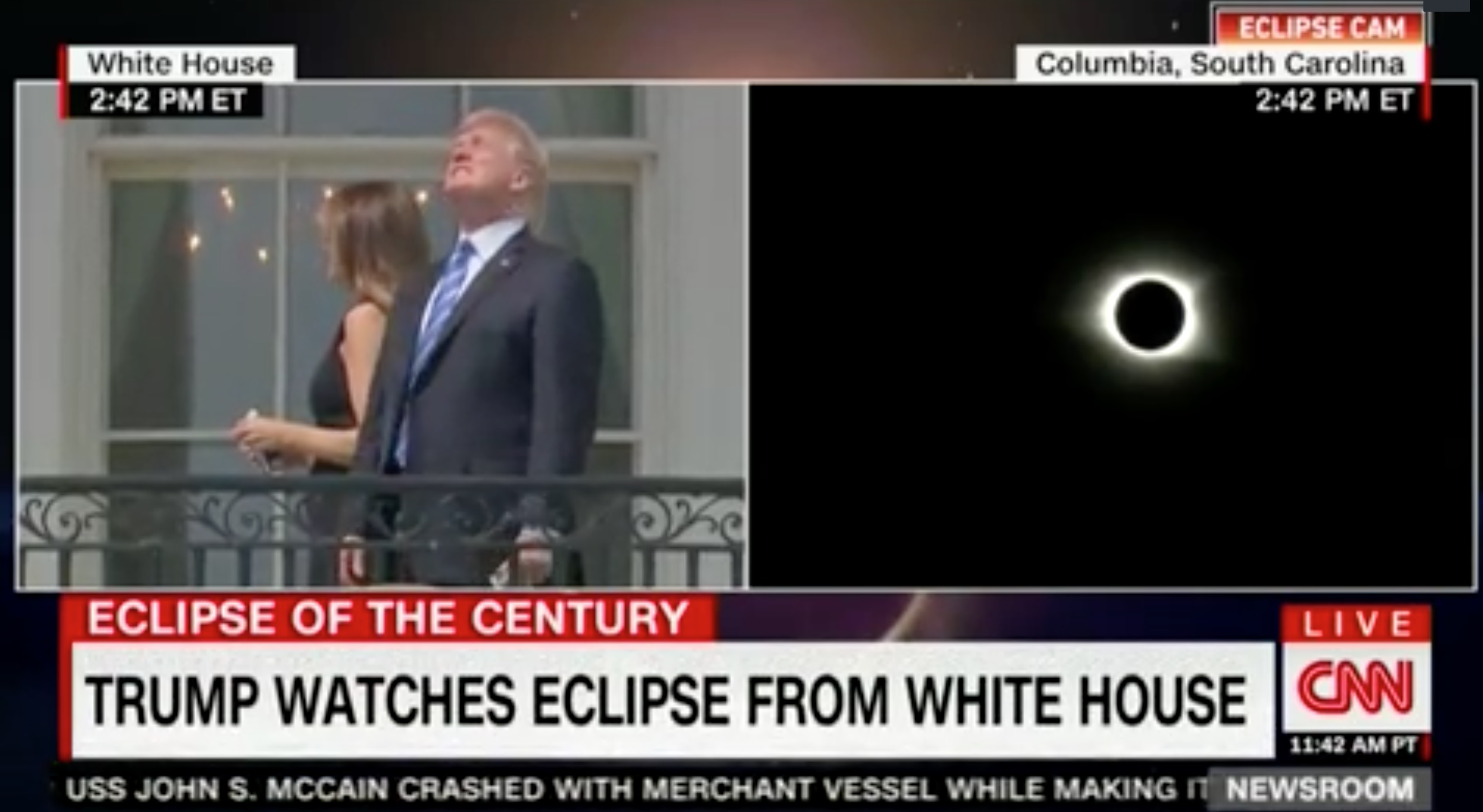 Americans across the country enjoyed the solar eclipse on Monday — and President Donald Trump and First Lady Melania Trump were no exception. They were seen standing outside the Truman Balcony of the White House to take in the rare natural event.

Twitter latched onto Trump’s cameo during the solar eclipse coverage as the president appeared to stare directly into the sun without any eye protection — a risky move given the dangers of solar radiation. An aide shouted at the president “don’t look!” as he gazed up into the sky, according to the Wall Street Journal‘s Ted Mann.

The Trumps take in the view. (AP) pic.twitter.com/5DKcz3bAw9

When the aliens are coming. pic.twitter.com/0SIgGHHnKg

a subtle, protective eyewear-less thumbs up for the moon and the sun’s good work today pic.twitter.com/UETtgNeYNx

In this moment, he became president pic.twitter.com/mQNrG7LlsP

i am so proud of you sir no one tells trump what he can safely look at pic.twitter.com/3xd3M6Qbwr

As he did this, someone in a crowd of aides below shouted “Don’t look.” pic.twitter.com/dtfSLEzcAZ

Glasses are for cucks pic.twitter.com/SLrLGCjwrg