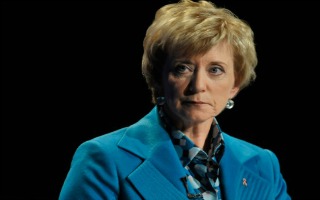 Republican candidate for Senate in Connecticut, Linda McMahon, denounced GOP presidential nominee Mitt Romney’s recent remarks in which he said that he is not worried about the 47 percent of Americans who pay nothing in taxes and are supportive of President Barack Obama.

McMahon posted a statement on her website on Tuesday morning after Mother Jones magazine posted the hidden camera videos of Romney making his comments at a closed-door fundraiser in August:

“I disagree with Governor Romney’s insinuation that 47% of Americans believe they are victims who must depend on the government for their care. I know that the vast majority of those who rely on government are not in that situation because they want to be. People today are struggling because the government has failed to keep America competitive, failed to support job creators, and failed to get our economy back on track.

“I am sympathetic to the struggles that millions of Americans are going through because I’ve been there. As a young couple Vince and I lost our home and our car. With two small children it was not an easy time for my family,” McMahon’s statement read.

My financial struggles were part of the foundation that I built my jobs plan on. It’s why I want to give the middle class a tax break that will put an extra $500 a month in the pockets of an average Connecticut family next year. My sole focus if elected to the United States Senate will be to create good jobs for middle class families and get the American economy turned around.