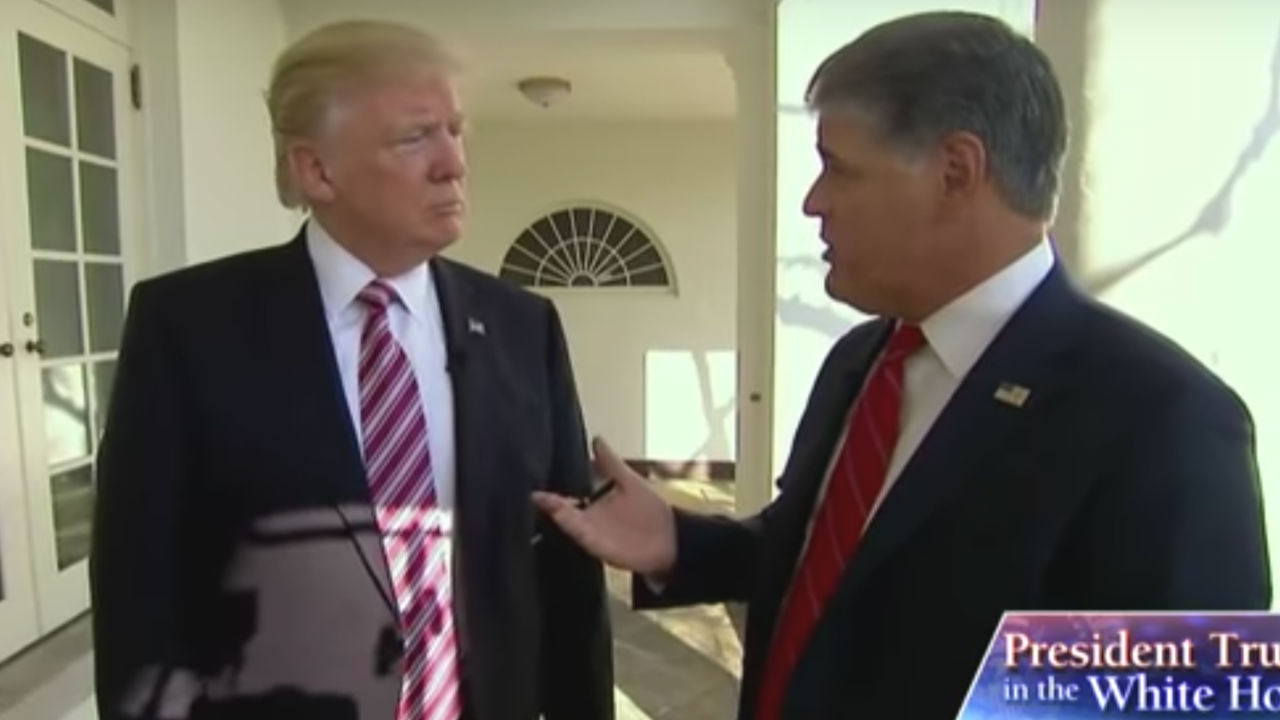 Sean Hannity is tagging along on President Donald Trump‘s tour of the border in Texas Thursday — this in advance of their interview set to air on Fox News Thursday evening. And, per one account of the trip, Hannity has ditched the press corps and is spending his time with administration officials.

According to a White House pool report written by Philip Rucker of the Washington Post, the Fox News host has been separated from the rest of the media and is getting some face time with key staff.

“Sean Hannity has special access here,” the report said. “He huddled with [White House communications director] Bill Shine and [Department of Homeland Security] Secretary [Kirstjen] Nielsen and is following along on Trump’s tour, only standing with the staff and federal officials as opposed to the press corps.”

WH pool report from the border: “Sean Hannity has special access here. He huddled with Bill Shine and Secretary Nielsen and is following along on Trump’s tour, only standing with the staff and federal officials as opposed to the press corps.”

An insider with knowledge of Hannity’s production logistics told Mediaite that the host was separate from the rest of the media because he is not a part of the White House press pool and his staff was setting up for an interview.

Thursday’s scheduled conversation between Hannity and Trump is the latest meeting of the two during a presidential trip. Hannity also spoke with the president following his talks with Vladimir Putin in Helsinki, and Kim Jong Un in Singapore.