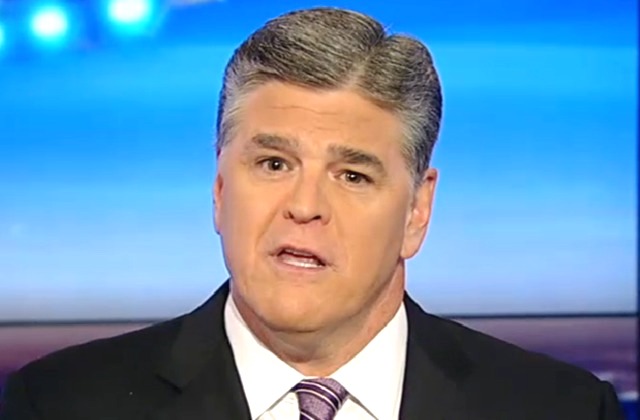 Last night an old tweet from Sean Hannity got some attention because of how ironic it looked in the wake of President Trump ordering strikes in Syria:

Glad our arrogant Pres. is enjoying his taxpayer funded golf outing after announcing the US should take military action against Syria

Given the events of last night and Trump speaking on the strike from Mar-a-Lago, a number of people couldn’t help but find the 2013 tweet from the Fox News host amusing in hindsight:

@seanhannity Wow, so amazing that you were psychic enough to write this about Trump way back in 2013! Very impressed with your clairvoyance Sean!

this Hannity tweet from 2013 is so good it should be enlarged, printed on a 10′ by 10′ canvas, and hung in a museum pic.twitter.com/a38X0jRJbH

Hannity responded today by saying that his 2013 tweet is being distorted:

This is beyond dumb. Let me guess u loved Obama. https://t.co/EKJ1oXKalz

Alt left distorts meaning of my tweet in 2013. https://t.co/Cjmcof8xeD The point was clear–he is arrogant, lazy, & his threats meaningless