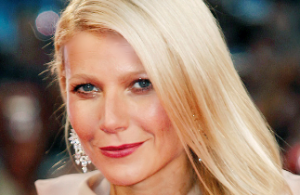 What a headline to get to type! I feel so alive right now!

So, listen up. Gwyneth Paltrow has a “lifestyle company” called Goop. Goop is extra pretentious but I think that’s also kind of the point of it. I’m not sure. I don’t have $745 to spend on pants, so I’m really not sure. In fact, I don’t think many people have $745 for pants because two years ago, it was reported that Goop is in debt. (People who can spend that much on pants don’t need special websites to tell them to spend that much on pants, you know?)

Paltrow has quite literally built an entire brand around how out-of-touch she is with regular people, so it should come as absolutely no surprise to you that the current feature on the site is a collection of items she thinks you should be using during sexy time. I hate to be the one to tell you this, but if you get any of the stuff she suggests, you’re gonna be doin’ it in the street because you certainly aren’t going to be able to afford your rent.

The title of the feature is “Not-So-Basic Sex Toys,” which is weird because the implication there is that sex toys are so mainstream that they’re now “basic.” First of all, only 45% of men and 53% of women cop to using them and they’re so taboo that the word “dildo” is still basically a punchline on its own, but I digress. The point is that Paltrow is trying to make her fans invest in a $535 cat whip when plenty of people can’t work up the nerve to stick the $14 flavored lube in their basket at CVS. (There’s a reason those late-night commercials for Trojan vibrators feature narrators tripping over themselves to assure viewers that the packages come unmarked, people; sex toy stigma is real.)

Anyway, here are a few more of the products:

Here are some dupes I found because I care about you: