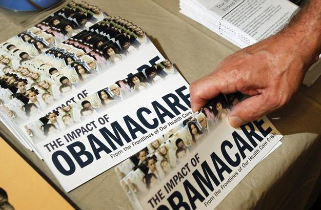 The Affordable Care Act is approaching, and may actually meet, its initial projection of 7 million signups, a result almost unimaginable after the website’s disastrous rollout last fall. As with everything Obamacare, this has two implications, one policy (it means the marketplaces gained enough applicants to become self-sustaining), and one political: it hands the Obama administration a much needed signpost of victory that can help put the implementation’s early difficulties behind them.

That second implication means many will try to discredit the accomplishment by questioning or even flat out denying the number. Some will do this out of genuine concern for good governance — the ACA is a huge and consequential endeavor whose success is not assured and whose progress should be recorded with skepticism — and their objections warrant response. Others will be caterwauling in the key of Partisan Minor, and a large group will simply be trolling.

Here are their most likely cavils you’ll be hearing over the next few days, weeks, and months (please god not years), and the responses according to the best data available. This is not academic: as John Cassidy pointed out the other day, 1 in 3 polled still believe the law imposes death panels. Misinformation has a long shelf life.

What About the Cancelled Plans?

The most common critique is that the law kicked more people off of their insurance than it signed up, a complaint most recently and conspicuously voiced by House Speaker John Boehner (R-OH). No one really knows how many people had insurance plans cancelled last year, but best estimates put it at just under 5 million, which is 6 million if you round up, and that’s practically 7 million, and 7 million – 7 million = 0.

Nope. The ACA signed up, by the most conservative estimates, 4.6 million people outside of the exchanges, both through Medicaid expansion and allowing younguns to join their parents’ insurance plans; less conservative estimates bump that number up over 7 million. Combined with those who enrolled through the exchanges, the law is well north of 10 million signups, more than double the number of cancelled plans. (This doesn’t even include those who enrolled directly through insurance companies, a number that could top 2 million.)

Moreover, as WaPo’s fact checker Glenn Kessler pointed out a couple weeks ago, comparing cancelled plans to enrollees is an apples and oranges problem. (PolitiFact backed him up.) According to insurance companies, a large percentage of those who lost plans due to inadequate coverage under the ACA’s new coverage minimums were rolled over into new plans. These people had plans cancelled, but never “lost insurance” in the practical definition of the term. This is before you take into account the administration’s one-year delay for those choosing to keep their insurance, and a catastrophic coverage plan for those who fall into a coverage gap. All told, deducting the cancelled plans from the enrollment number reveals little about the law’s progress.

Nobody Signing Up Was Previously Uninsured

Critics have made hay of a single report from McKinsley and Company that pegged the number of previously uninsured purchasing plans through the exchanges at a measly 27%. If the law was intended to help the uninsured, the reasoning goes, it’s only doing 27% of its job.

TNR’s Jonathan Cohn takes a battering ram to this argument. The single study looked at all insurance purchases, not just the exchanges, which skews its numbers: after all, not a lot of previously uninsured people would be buying outside the exchanges, where they would be unable to qualify for the subsidies designed to make insurance affordable to them. Meanwhile, the two states reporting exchange-exclusive data found much different numbers: in New York, 59% of signups were previously uninsured, while a whopping 75% were in Kentucky.

Until we get more and more detailed data, we won’t know the true percentage of uninsured. But a good proxy for the number is the decline in the uninsured rate, as tracked by Gallup, and more recently by the Rand Corporation, both of which have found notable decreases in uninsured persons since the implementation of the ACA.

Notice I’m using “signups,” not enrollments, in the above paragraphs. This is because the administration’s numbers reflect those who selected a plan through the exchanges, not who paid their first premium, which is when the plan is truly “purchased.” (Think of how many books you have in your Amazon cart that you haven’t actually bought.)

A quick perusal of conservative websites will churn up plenty of alarms about the 40-50% who haven’t paid yet and thus don’t count. The actual number is, currently, somewhere between 15-20%. As healthcare data-whisperer Charles Gaba (via LA Times’ Michael Hiltzik) points out, this number necessarily lags behind events: those who signed up in late February won’t receive a bill until April 1, those signing up in March won’t receive a bill until May, and so on. “Considering how many people wait until the last minute to pay their bills,” Gaba argued, “it’s silly to write these people off as deadbeats. The vast majority of these will eventually be paid up, it’s just that we won’t have confirmation of many of them until well into May.”

With the surge in last-minute applications, expect to see a bunch of headlines in the next few weeks about the percent of signups who haven’t actually paid, and remember that we have to wait until May at the earliest to actually know this number.

This is the most important metric for Obamacare, beyond even total enrollment: the percent of enrollees who are healthy and thus will allow insurance companies to keep premiums reasonable. The law estimated that 38% of the enrollees would need to be healthy individuals in order to keep the premiums low, but early reports from the administration found that only 24-27% of enrollees were the so-called “young invincibles.” That’s enough to prevent a “death spiral,” but not to restrain premium increases.

Two things: one, young people wait until the last minute to enroll in stuff like this (you were young once, and you procrastinated, too). Sure enough, Senator Angus King (I-ME) said on Fox News Sunday yesterday that insurance companies were reporting a higher percentage of younger enrollees by the day. This would be keeping with one of the ACA’s predecessors, the Romney-run health care reform in Massachusetts, which saw young enrollment surge from initial an 15% to 34% by the period’s close. (The other predecessor, Medicare Part D, doesn’t apply here for obvious reasons.)

Second, the law calls for a mix of healthy people, not necessarily young ones. Discussion surrounding the ACA has been using one as a proxy for the other so regularly that we’ve forgotten they’re not always coincident. Which is to say that a lower percentage of young enrollees won’t necessarily throw off the mix. It’s also possible, as Megan McArdle suggested, that the government’s 38% projection was a best-case scenario, and that insurance companies prepped for a older, sicker mix, in which case falling short of the number may not adversely affect premiums.