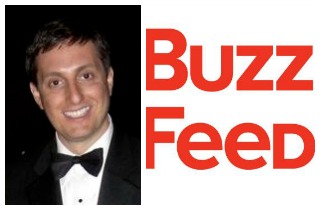 Former Secretary of State Hillary Clinton invited some criticism when she admitted over the weekend that she had not driven a car herself in nearly 20 years. When BuzzFeed reporter Katherine Miller asked longtime Clinton aide and Hillary Clinton spokesman Philippe Reines to comment on the controversy, he replied with unprovoked aggression and bitter mockery of her outlet.

Miller asked Reines for comment on Clinton’s admission which critics said reflects her insularity and insider status as a Washington power broker. Miller’s inquiry was met with a barrage of aggressive sarcasm. 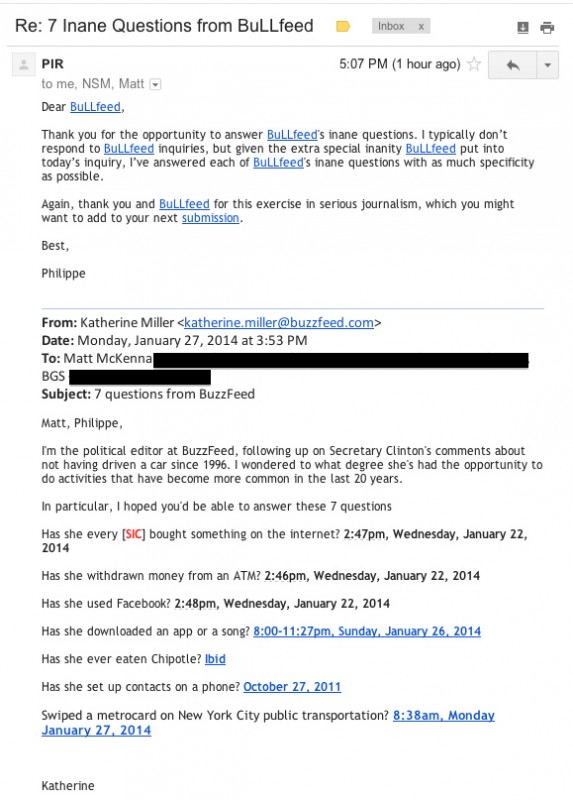 He goes on to respond to Miller’s questions centered on Clinton’s average internet usage with mock specificity.

“The links in Reines’ email go to a drawing of a bull, the Pulitzer Prize entry page, the Grammys awards page, and a few images of the former secretary. He included links in his email to a cartoon image of a bull defecating and a Pulitzer Prize admissions webpage.

Update: It turns out Reines has a history of running afoul of Buzzfeed. In the fall of 2012, Reines called the late Buzzfeed reporter Michael Hastings an “unmitigated asshole” who should “fuck off.”