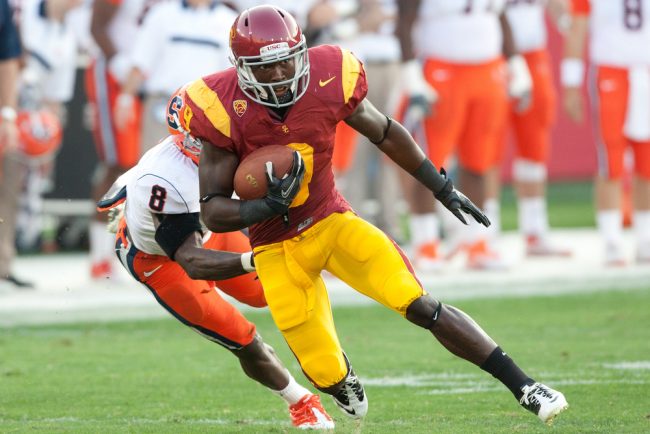 Friday late-night kickoffs often serve as little more than an appetizer for the college football weekend. But this Pac 12 showdown figures to be a whole lot better than that.

Washington State, in what is their biggest home game in ages, hosts USC Friday night in Pullman — a battle that figures to be a shootout between two prolific offenses.

The Cougars survived a huge scare against Boise State in Week 2 — overcoming a three touchdown deficit to win 47-44 in triple overtime. Their other three contests have all been blowout wins, and they arrive at Friday night’s showdown with a record of 4-0, and a No. 16 ranking in both major polls. Quarterback Luke Falk will need to light up the scoreboard early and often if the Cougars are to have a shot.

USC likewise brings a 4-0 mark to Pullman on Friday, and they also bring the No. 5 ranking with them. But they have yet to truly have a breakout game. They survived a close call against Texas, winning that one in overtime at the Coliseum. And they also prevailed by closer than expected margins against Cal and Western Michigan. A subpar effort Friday is likely to fall short against a talented, motivated Washington State squad hungry for a signature win.

Kickoff for the game is 10:30 p.m. ET. Adam Amin and Dusty Dvoracek will call the action. The game will air live on ESPN. It will also be streamed online, via WatchESPN, free with a cable subscription. The WatchESPN app can be downloaded from Apple’s iTunes Store, and the Google Play store.