‘I Detest You’: Fox News Quotes Chrissy Teigen and the Model Responds

When model and sarcastic social media sensation Chrissy Teigen weighed in on the United Airlines-leggings debacle, Fox News quoted her.

.@chrissyteigen speaks out against @united for banning girls from boarding their flight because they wore leggings. https://t.co/MfJossREO7 pic.twitter.com/h38GMWJL2B

Teigen, who is an outspoken advocate for women and avowed liberal, wanted nothing to do with that whatsoever. Behold:

@FoxNews I respectfully ask you please don’t ever tag me in anything, ever. Words cannot explain how much I detest you.

After telling the president’s favorite channel she detests it, she began receiving tweets from Fox News fans almost immediately. She just retweeted them, though quite a few seemed to have little to do with the topic of children being penalized for wearing leggings to the airport. 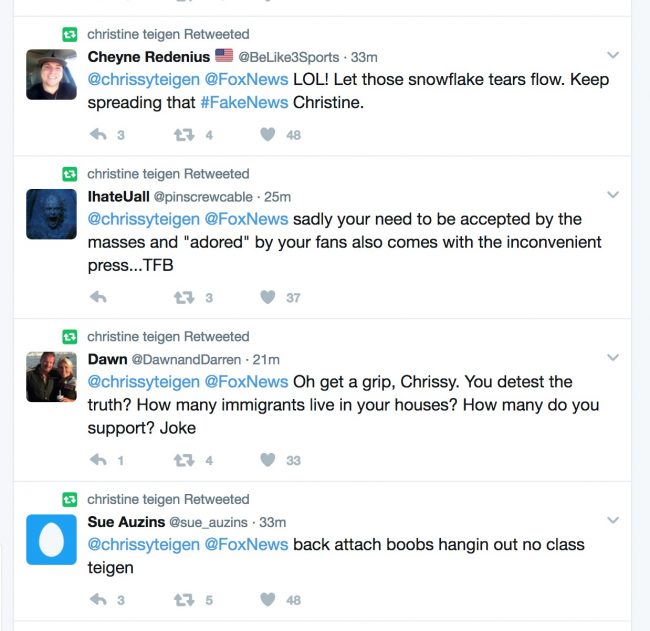 Then, she summed it all up thusly: