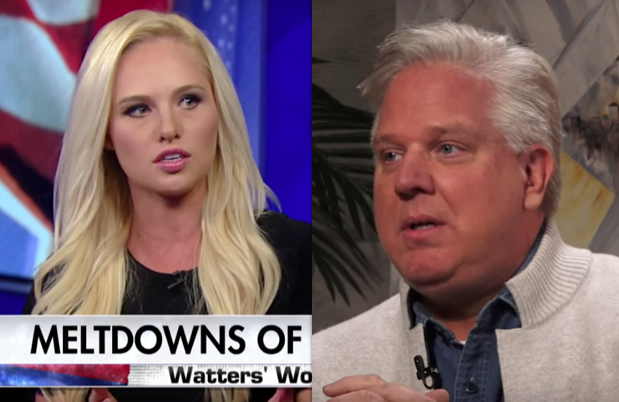 Rumors of a rupture between The Blaze founder Glenn Beck and rising star Tomi Lahren intensified early Monday morning when the former Fox News anchor criticized a tweet from Lahren where she claimed to hold “Libertarian” views. Beck even zinged her with the hashtag “#intellectualhonesty.

I have moderate, conservative, and libertarian views. I’m human. I will never apologize, to anyone, for being an independent thinker.

Wait, libertarian views? Help me out on Trumpcare, stimulus, and executive orders. Trump is anything but libertarian. #intellectualhonesty https://t.co/jlt5sFvQMP

As the Daily Caller first reported, Lahren could be out from The Blaze as soon as September (if not earlier) due to rising tensions between her and fellow employees at the organization. Per the Caller, the issue was her increasingly controversial commentary on the show.

Lahren’s inflammatory, oftentimes angry style has placed her increasingly at odds with coworkers at The Blaze, The Daily Caller has learned, a situation that’s worsened after she called pro-life conservatives hypocrites.

Lahren’s star has long since outshone Beck’s in conservative circles. During a recent appearance on The View, she attributed her popularity to being a voice of “middle America.”