Iran Reacts to Netanyahu’s Speech: It Was ‘Boring’ 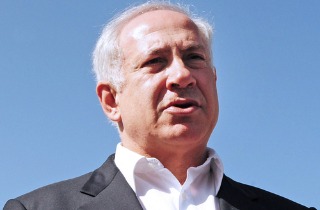 Israeli Prime Minister Benjamin Netanyahu‘s speech to Congress was praised and criticized by U.S. politicians, but now Iran, the very subject of Netanyahu’s speech, has responded.

According to reports, a spokeswoman from the Iranian foreign ministry said, “Netanyahu’s lie-spreading campaign against Iran’s peaceful nuclear programme has become boring and repetitive… The speech by the Zionist regime’s prime minister was a piece of deceitful theatre which is part of the hardliners’ election campaign in Tel Aviv.”

In the past 50 yrs, how much money and #reputation has it cost US to support #Israel’s crimes? Who other than its nation has paid for it?

All what US has paid to protect #Israel faced a big obstacle:#Palestine has won the hearts of justice-seekers of world.#IsraeliApartheidWeek

US officials are obliged to show consideration for #Israel & cover up its #crimes. Zionists corporations' money & power have troubled them.

US is now facing a #dilemma. It should either stop unlimited services to #Israel or they’ll lose more face in the world.
10/1/11