Jeffrey Lord Speaks Out on Firing: ‘CNN Caved on the First Amendment’ 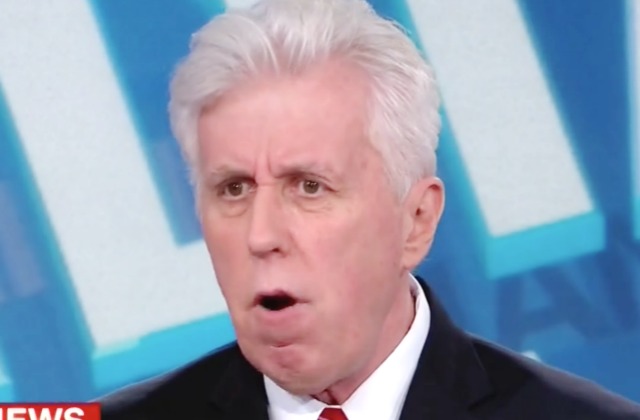 Hours after he tweeted out “Sieg Heil!” during a Twitter fight with Media Matters president Angelo Carusone, political commentator Jeffrey Lord found himself fired by CNN. Commenting on the network severing ties with the pro-Trump pundit, a CNN spokesperson stated that “Nazi salutes are indefensible.”

Following CNN’s announcement of his termination, Lord spoke with the Associated Press. While he expressed his “affection and love for CNN,” noting that “they’re terrific people and serious people,” he said he felt the outlet was doing a disservice to free speech.

He called himself a “First Amendment fundamentalist” and called CNN’s decision disappointing. “From my perspective CNN caved on the First Amendment of all things. I disagree. I respectfully disagree.”

Those remarks somewhat echo what he said to CNN senior media correspondent Brian Stelter shortly after he was canned, as he claimed in that conversation that CNN was “caving to bullies.”

Lord further told the AP that he had received a “tidal wave of support” from conservatives following his firing. One of those conservatives is White House chief strategist Steve Bannon, who called the American Spectator columnist last night to encourage him to keep fighting.