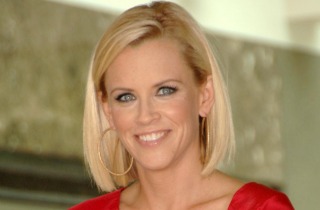 On The View this week, during a discussion on private details of the Clintons’ lives, Jenny McCarthy floated the idea that Hillary Clinton has an arrangement with her husband and joked that she may even be seeing other women. Well, McCarthy has now penned an op-ed apologizing for a joke that she now says makes her a “hypocrite.”

McCarthy writes about how her humor has lent itself to dinging public figures a bit more over the past few years, and cracked lots of jokes about people because “my stomach would turn worrying that the information I was presenting might not be accurate.”

She says that upon further reflection, her comment about Clinton shows “how I should be more mindful of my jokes” and said cracking the joke makes her a hypocrite.

Then a few topics later… I stated that we women need to look out for one another. That we need to stop ripping on each other and empower one another. This is something that is very important to me and I hold so close to my heart. That night, as I lay in bed and reflected on my day, I realized I was a hypocrite. How could I make a joke like that and then five minutes later preach about female empowerment? It makes me sad when I see women ripping on other women, and there I was making a joke about our possible first female president!

You can watch McCarthy’s comments on The View here, via ABC: