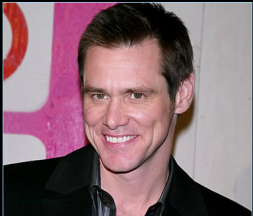 Apparently, post his break-up to Jenny McCarthy, Jim Carrey has a lot of time to weigh in on other people’s relationships…140 characters at a time. It’s unclear whether Carrey is more interested in being the 2.0 Oprah or looking for some sort of social media position on ESPN but here’s what he had to say on his Twitter account re Tiger’s comeback, Elin’s naivete and why every wife should apparently direct their husbands towards a career in curling.