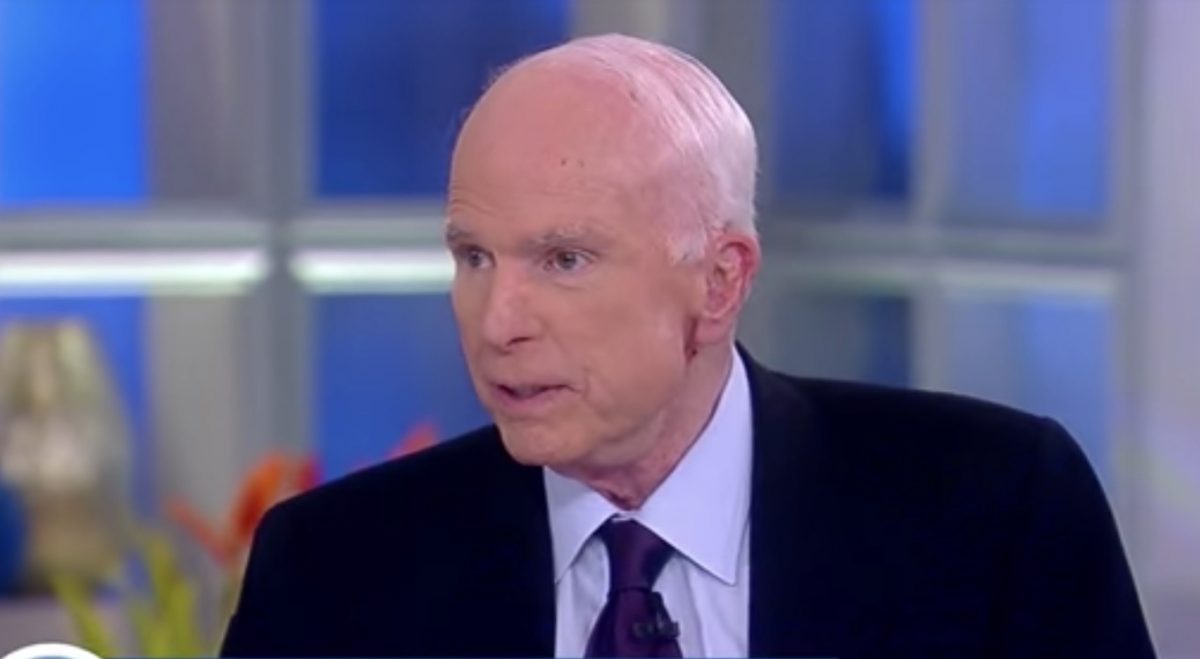 The revelation comes from The Daily Beast, which received an advance copy of McCain’s book, due out on May 22.

In the book, McCain writes this: “I agreed to receive a copy of what is now referred to as ‘the dossier’… I reviewed its contents. The allegations were disturbing, but I had no idea which if any were true. I could not independently verify any of it, and so I did what any American who cares about our nation’s security should have done.”

The senator then defended his decision saying he did what “duty demanded.”

“I said I didn’t know what to make of it, and I trusted the FBI would examine it carefully and investigate its claims. With that, I thanked the director and left. The entire meeting had probably not lasted longer than ten minutes. I did what duty demanded I do,” McCain further writes.

“I discharged that obligation, and I would do it again. Anyone who doesn’t like it can go to hell,” he writes, according to a separate excerpt published by The Guardian.