London Police Investigate After Plane Crashes into Drone During Landing

London Police Investigate After Plane Crashes into Drone During Landing 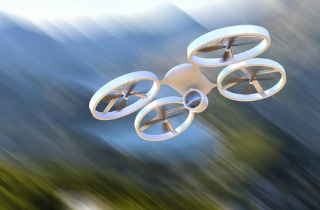 British officials have set up a probe after a passenger plane was believed to have struck a drone Sunday as it came in for landing.

The pilot for a British Airways flight from Geneva, Switzerland told the London Metropolitan Police that he hit an object in midair as he was approaching Heathrow Airport at 12:50 BST. Five crew members and 132 passengers were on that plane, and initial suspicions from the authorities are that the object was most likely a drone.

The strike is the latest in a series of incidents involving drones, with the BBC stating that there have been similar incidents in the UK over the course of last year. Heathrow police and the Air Accidents Investigation Branch both stated that they have launched independent investigations on the matter.

“Frankly it was only a matter of time before we had a drone strike given the huge numbers being flown around by amateurs who don’t understand the risks and the rules,” said Steve Landells of the British Airline Pilots Association.

Drones colliding into planes have been known to cause serious damage in the past, but a British Airways spokesperson said that the plane is already fit to fly again.

“Our aircraft landed safely, was fully examined by our engineers and it was cleared to operate its next flight,” said the spokesperson. “Safety and security are always our first priority and we will give the police every assistance with their investigation.”