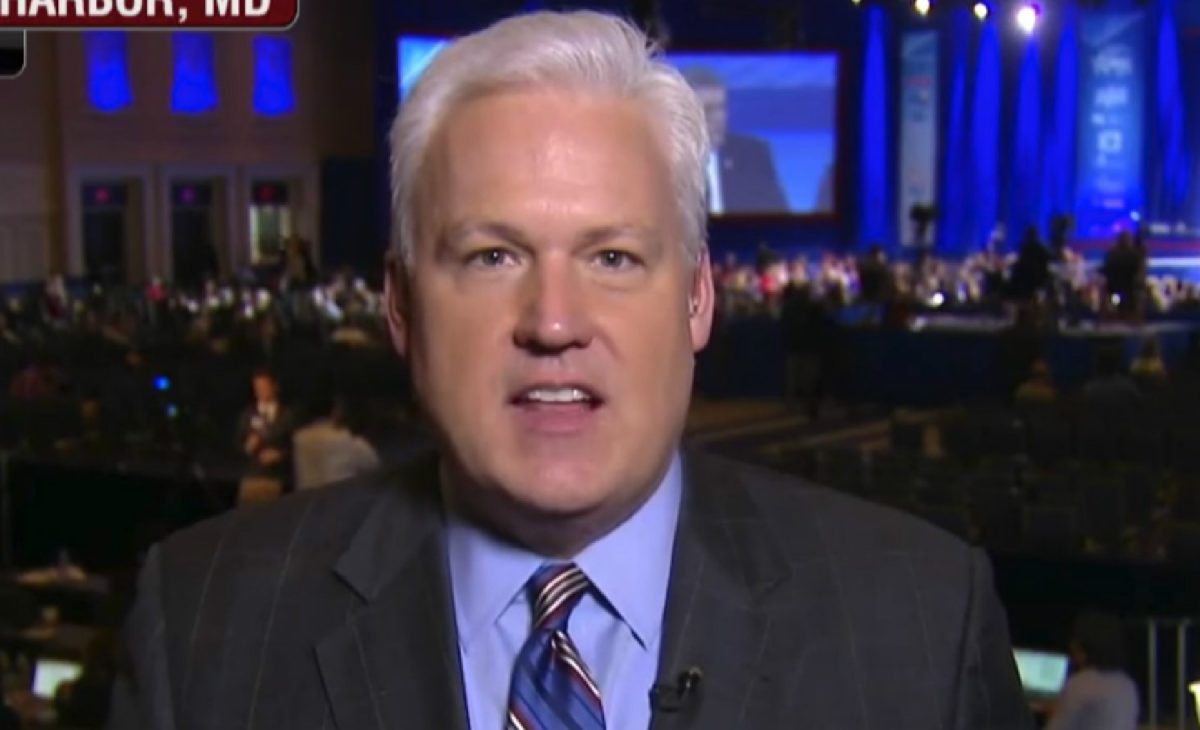 It’s been kind of a rough 24 hours on Twitter for American Conservative Union president and CPAC organizer Matt Schlapp. He mixed it up with NRO’s Jonah Goldberg over CPAC’s decision to invite Marion Le Pen (niece of Marine Le Pen), invoking Goldberg’s wife at one point. And he proudly dunked on Mitt Romney for not being conservative enough to attend the convention…just before President Donald Trump endorsed Romney for Senate.

Bingo. You catch on quick. We would invite mitt but we can’t figure out which state to mail the invite to. https://t.co/jWQPrdDv6w

Oh yeah…he also retweeted and positively responded to an alt-right internet personality best known for spreading the debunked #Pizzagate conspiracy about a child sex ring run out of a DC pizza shop and carrying a “Rape Melania” sign at an anti-Trump rally. 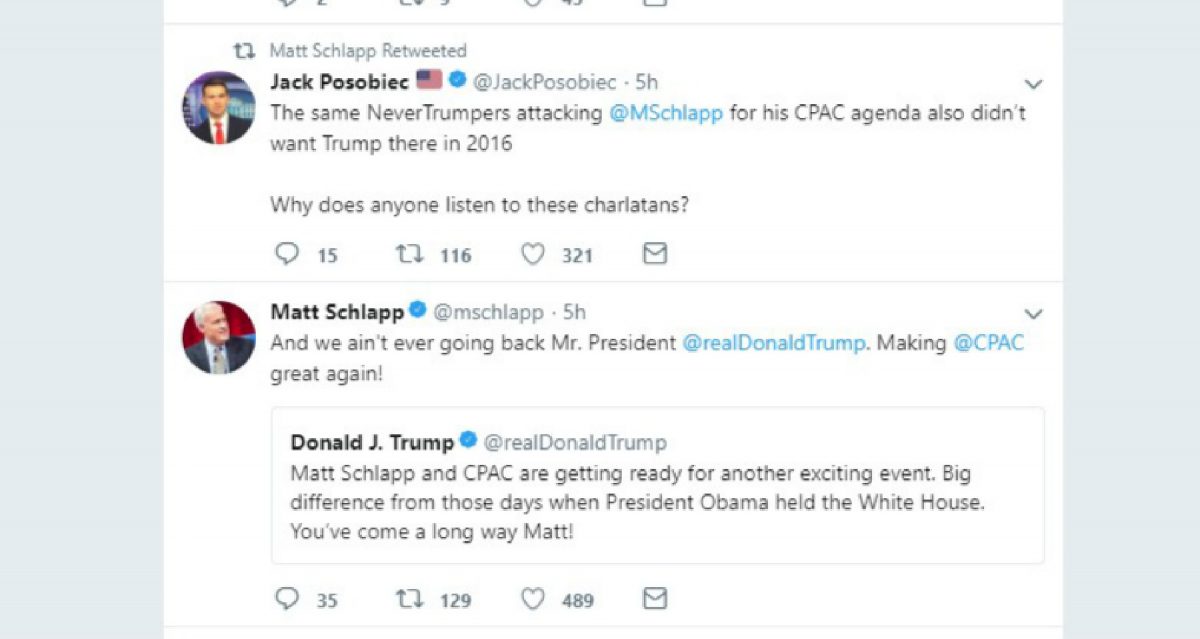 Yep. That would be the one, the only, Jack Posobiec. When confronted by CNN KFILE’s Andrew Kaczynski for sharing messages from Posobiec, Schlapp responded that it’s “always better to have more information.”

“I respond to a lot of people I don’t know,” he added.

Andrew it’s always better to have more information. I respond to lots of people I don’t know, even reporters. Many thx https://t.co/A8oAlOXWn7

Perhaps one can’t really get on Schlapp’s case for embracing Posobiec. After all, the president has a habit of retweeting him as well.