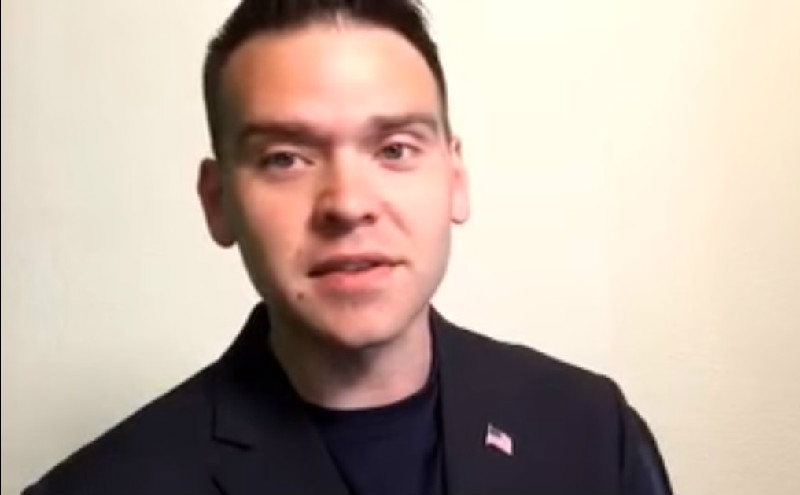 Twelve hours after he finally condemned white supremacists, neo-Nazis and the KKK over the violence in Charlottesville — two days after his much-criticized “many sides” statement — President Donald Trump took to Twitter to comment on his arrival at Trump Tower in New York.

Feels good to be home after seven months, but the White House is very special, there is no place like it… and the U.S. is really my home!

And, oh yeah, he retweeted an alt-right personality who pushed the Pizzagate conspiracy theory that accused Hillary Clinton loyalists of running a child sex ring out of a DC-area pizza shop.

Meanwhile: 39 shootings in Chicago this weekend, 9 deaths. No national media outrage. Why is that? https://t.co/9Crutnnrp8

Besides peddling crazed pedophile conspiracies, Posobiec has made a name for himself in recent months by protesting a controversial production of Julius Caesar in New York, helping to organize the alt-right’s Deploraball inauguration party, and being uncovered as the one who brought a “Rape Melania” sign to a Trump protest.

Considering that the Charlottesville violence has been largely blamed on the alt-right and white nationalists, Trump’s retweet of Posobiec definitely drew a lot of notice right away. Especially since it appears POTUS was amplifying Posobiec as a way to give himself cover on his Charlottesville responses.

No better way for Trump to shake the perception that he's sympathetic to the alt-right than to RT a person closely aligned w/ the alt-right. pic.twitter.com/SJsg251C8a

Richard Spencer said today he didn't think POTUS had condemned him or the alt-right in his comments. Tonight, the president RT's this guy: pic.twitter.com/8MWB9WYzkM

Politics is a tiny world. pic.twitter.com/27jD0d5ufW

Trump retweeted Jack Posobiec tonight.
He was kicked out of Comet Pizza for "investigating" Pizzagate a month before it was shot up. pic.twitter.com/1lIFx472b7

Fox & Friends in the AM, Jack Probiotics at night

What the hell is wrong with you, @realDonaldTrump???? pic.twitter.com/TaOovl28O5

The president is sitting up at home after 11, retweeting an alt-right conspiracy theorist defending his grudging condemnation of Nazis.

Tonight, @POTUS retweeted a man who fabricated a campaign about raping the First Lady, as I reported in January https://t.co/7RVj6Rynt9

Trump just retweeted a story from Jack Posobiec, an alt-right hero who tweets things like this: pic.twitter.com/68Gr5u2tb9

Oh christ Trump is RT'ing psychopath Jack Posobiec talking about Chicago to divert from domestic terrorism. Such a stupid point, too.

However, there was at least one person — outside of Posobiec himself — who applauded Trump for the retweet:

Following his comments on Monday where he said “racism is evil,” the president took to Twitter to complain about the “Fake News Media” and how they’re never satisfied with his responses, labeling the press “very bad people.”