Mike Pence Gets Personal With Associated Press: ‘The @AP Owes My Wife an Apology’ 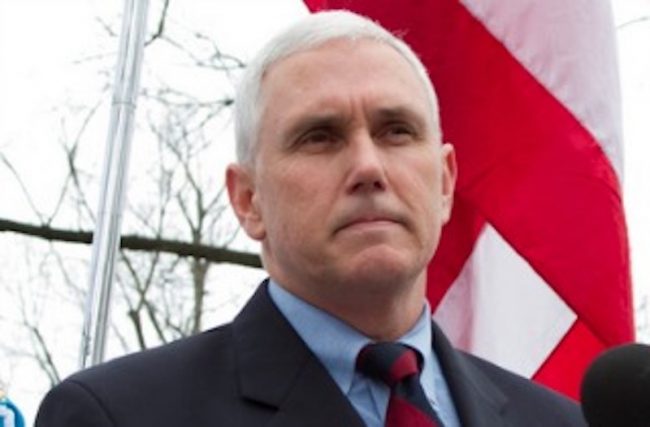 Vice-President Mike Pence took a page out of Donald Trump’s playbook Saturday, going after the media head-on on Twitter.

In back-to-back Tweets, Pence hammered the Associated Press for publishing a private email address belonging to Second Lady Karen Pence and refusing to remove it.

“Last night the @AP published my wife’s private email address, violating her privacy and our security,” said Pence. “When we requested they take it down, they refused. The @AP owes my wife an apology,” he added in a follow up post.

Last night the @AP published my wife’s private email address, violating her privacy and our security…

When we requested they take it down, they refused. The @AP owes my wife an apology. pic.twitter.com/LdMmnewnWF

The imbroglio began after the Indianapolis Star published revelations showing that, while serving as the governor of Indiana, Mike Pence had used a private AOL email address to conduct state business and that the account had been hacked. Comparisons were immediately made to former Secretary of State Hillary Clinton’s 2016 email debacle, though, as the report pointed out, Pence’s activities were legal.

“The publication of Mrs. Pence’s active private email address to millions of your readers has subjected her to vitriolic and malicious emails and raised serious security concerns,” Mark Paoletta, Counsel to the Vice President wrote in a letter to the Associated Press. “There was absolutely no reason to publish this private email address, and you should be ashamed of your reprehensible conduct.”