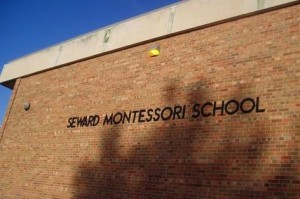 A school in Minneapolis, Minnesota was forced to go into lockdown after one of the teachers allegedly brought a loaded gun onto the premises. After being tipped off by a staff member, the resource office at Seward Montessori School confiscated a .357 Magnum handgun that was stashed in a locker belonging to a teacher.

With the nation still reeling from the tragic shooting in Newtown, Connecticut, parents were shocked to find out that a teacher at Seward had a gun on the premises. The teacher, who has not been publicly identified yet, allegedly told another faculty member she decided to bring a gun to the school after what happened at Sandy Hook.

Needless to say, having the gun at the school only caused problems for the teacher.

Officers found the fully-loaded .357 Magnum revolver in the staff member’s purse, which was stored in a locker in the teachers’ lounge.

The staff member has a permit to carry, but that doesn’t apply to schools… No staff members or students were harmed or threatened by this incident and there was no evidence the employee intended to use the weapon. Bringing a gun to school is against Minnesota law and violates Minneapolis Public Schools policy.

The teacher has not been fired, but has instead been placed on administrative leave in the wake of this incident.

Watch a report on the incident below, courtesy of KMSP: