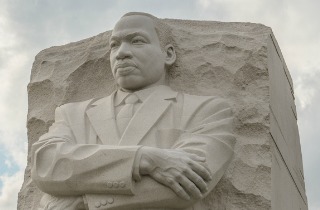 The children of Dr. Martin Luther King, Jr. have been locked in a legal battle over the rights to King’s personal Bible and the Nobel Peace Prize medal he received in 1964. Both items are currently owned by Bernice King, one of King’s daughters, but her siblings Martin Luther King III and Dexter King filed suit against her to get the items in their possession.

The King estate voted last year to make Bernice King give them the medal and Bible, so they could sell them to private buyers. At the time, she responded by saying, “There is no justification for selling either of these sacred items. They are priceless and should never be exchanged for money in the marketplace.”

The King Bible is an important part of history, and was one of the two Bibles President Obama used to be sworn in for a second term in 2013.

The judge in the case did not issue a decision, and so the matter will likely go to court next month. Both items have been sitting in a safe deposit box for quite a while now.

If King had a dream, the King children have a piggy bank. They are one litigious group.

Aside from having previously sued one another, they have sued their father’s closest friends, too. Both former Atlanta mayor Andrew Young and actor/activist Harry Belafonte have been the target of lawsuits about King’s property. Belafonte sued them back in a dispute about ownership of one of King’s most famous speeches, one in which he came out in opposition to the Vietnam War. The parties reached an undisclosed settlement last year.