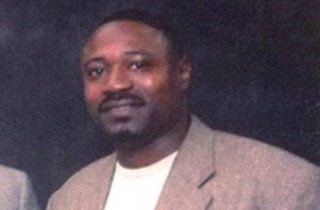 The family of Walter Scott and their fellow mourners have gathered at the W.O.R.D. Ministries Christian Center in Summerville, South Carolina this morning for Scott’s funeral.

Scott, of course, was tragically shot multiple times and killed by Officer Michael Slager after a traffic stop.

The hearse arrived at the church earlier, accompanied by a police escort. In comments earlier this week, North Charleston Mayor Keith Summey said, “We will be there to support them for the funeral with a police escort to make sure that we get them moved properly and that we give them the utmost respect and the respect the gentleman that is deceased deserves.”

The Scott family requested that there be no cameras inside the church during funeral services. People on the scene have been sharing photos of the large group gathered to pay their respects:

There are lots of folk here for the funeral. #WalterScott pic.twitter.com/LBUFdwJpz6

Chaotic scene with people trying to get into the church for the funeral of Walter Scott pic.twitter.com/ES2OL6CWEY

Church sanctuary is full. Still a lot of people outside. Walter Scott's mom wanted the funeral at the family church. pic.twitter.com/T74nE5V49c

South Carolina Senator Tim Scott is in attendance, after tweeting his horrified reaction to the shooting earlier this week.

You can watch CNN’s report here: