Must Reads: Pretty Much Everybody Messed Up the CBO’s Report on Obamacare 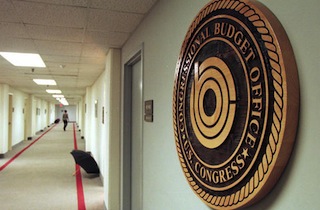 Every a.m., Mediaite publishes a primer of what the interweb machine is writing, talking, tweeting, and blogging about, so that you may fool friends and family into thinking you are a trove of information and insight.

Today: will Obamacare really kill 2.5 million jobs? Those were the headlines yesterday, after the Congressional Budget Office’s annual budget projection predicted the Affordable Care Act would cause a reduction in employment equivalent to 2.5 million jobs by 2024. The problem: there was significantly more to that number, and to the report itself, than the headlines indicated, a fact which many news outlets realized only after the number had been amplified by GOP lawmakers and organizations. (This humble scribe got it mostly right.)

The CBO report actually said that the incentives within the ACA would cause people to reduce hours or drop out of the work force, a reduction in supply, not demand. Whether this was the expansion of the welfare state disincentivizing work or health care reform finally freeing low-wage workers from dependence on employers for health coverage (aka “job lock”) is still up for grabs.

But by Wednesday morning, almost all the headlines had been changed, and the “Obamacare Will Kill 2.5 Million Jobs” line was receding. Here’s some essential linkage if you want to better understand what happened and what it means:

Ron Fournier has a simple and direct breakdown of the CBO report actually said, why it got misrepresented by the GOP and deflected by the White House, and the still troublesome questions that linger. The best quick primer on the subject.

Washington Post’s media critic Erik Wemple runs down the revisions major news outlets (including the Post) had to make after realizing their headlines weren’t on point. Le sample:

A small but important point from Krugman: “CBO, which has been burned before on this sort of thing, really needs to be more careful in how it states things — a lot of the press ran with the headline ‘Obamacare costs 2 million jobs,’ and it will become part of what everyone on the right ‘knows,’ yet is totally untrue.”

Meanwhile, in a less-reported finding, the CBO determined that the so-called risk corridors, which the GOP is trying to label a “bailout,” will actually take in $8 billion more than it gives out. This makes it, Jonathan Chait points out, an anti-bailout—not that such a fact will stop the talking point. In fact, the GOP still plans to tie repealing the risk corridors to the debt ceiling vote, though doing so now makes no sense whatsoever.