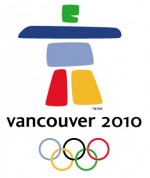 Back in 2003, when it still seemed like the invasion of Iraq might be the military equivalent of a quickie, outbidding your rivals by $700 million for a TV contract that, even in the sunniest conceivable outlook, was going to lose you money also seemed, apparently, like a rather bright idea.  (What the hell happened, in 2003?  What was in the air?  You get the feeling we should be looking for answers not to historians but astrologists, tide-charts, nationwide MSG-intake.) So it did, at any rate, to Dick Ebersol.  The president of NBC’s sports division, Ebersol now finds himself the author and guarantor of NBC’s latest self-inflicted ordeal – one that the network itself concedes may cost them upwards of $250 million.

As had been widely reported, NBC was counting on the 2010 Vancouver Winter Olympics to defibrillate its faltering ratings and, perhaps more pressingly, break the pattern of myopia and ineptitude, culminating in the Late Night Wars, that has marked Jeff Zucker’s tenure as CEO.  NBC is, needless to say, still counting on this.  But what is now also being reported is that NBC is doing a lot of highly public throat-clearing, preparatory to a helplessly public admission that it’s in the tall grass yet again.

The latest installment in the NBC tragicomedy (actually, more than anything, operations at NBC resemble a zombie flick, in that the corpses of old awful decisions keep rearing up from their graves to savage the still living) goes as follows.  In 2003, Ebersol orchestrated the network’s triumphant, $2 billion campaign for the broadcast rights to the 2010 Olympics and 2012 London Summer Olympics.  ”I don’t believe we’re overpaying,” Ebersol told the NYT at the time.  “We made a bid based on conservative figures. We have much more knowledge about what’s available in advertising, in affiliate fees and cable subscriber fees. We had a base beyond the others.”  Of his second-place bid of $1.3 billion, David Hill, the chairman of the Fox Sports Television Group, could only offer the wimpy truism that it’s hard enough to anticipate the economy in “seven months, let alone seven years.”

Evolution of the fittest.  The gutless econ-geeks at FOX never stood a chance against Ebersol, naturally, who as well as a programming Napoleon also happens to be NBC’s ranking clairvoyant – “a visionary,” in the words of media professor Dennis Mazzocco.  Ebersol wasn’t indulging in gratuitous risk, outspending his competitors by $700 mil.  He wasn’t being incautious, a cowboy.  He hadn’t developed a swagger at odds with fiscal sanity.  Oh no.  Ebersol was just underscoring, to the tune of over 50% of FOX’s bid, the righteousness of NBC’s relationship with the IOC — the financial equivalent of a husky backslap to follow a strictly-business handshake.  Having secured the bid, Ebersol ignited “a fat cigar,” in the observation of the NYT’s Richard Sandomir.  Then he doffed his game-face and, for a brief moment, allowed us a glimpse into the daedalian intricacies of his success.  As the NYT reported, “‘We came to play,’ Ebersol said, ‘and we came to win.’”

Well, seven years later, the econ-geeks at FOX – themselves enveloped, the possibility cannot be ruled out, in the fumes of an even fatter cigar – may confidently retort: you lost, Dick.

Why?  Sports-programming is, in the industry phrase, what’s called a “loss-leader.”  It may score prodigious ratings.  It may draw vast numbers of non-typical viewers to the network who, from an advertiser’s perspective, are an especially desirable quantity.  And by this means, it may also prove a singularly effective vehicle for the promotion of other network programming.  Indeed, when, in the final shakedown, the gains are balanced against the losses, sports programming may be judged to have been a totally worthwhile venture for a network.  That’s why it’s so prevalent.  But on account of the precipitous inflation, in recent years, of licensing fees, it is an extreme rarity that sports-programming ever be profitable in itself.  It is a gambit every time — an exposed position taken in the hope of once-removed collateral gains.

So NBC persists, as it must, in defending its acquisition of the rights to the Olympics in these ways.  It suggests that its Olympic coverage will kickstart its new programming, jolt new life into the old, and cement relationships with advertisers that are imperative to its future prosperity.  Moreover, the Games offer a fine opportunity, NBC insists, to put behind them, with some old-fashioned, luge-based catharsis, all that unpleasantness with Jay and Conan.  And yes, there is surely some truth to this.

Yet if you take the widespread feeling that NBC’s tribulations are less a matter of image and misfortune than vision and content; then couple that with the spasm of hubris that led to the present, $250 mil-in-the-red juncture; multiply that by the fact that even NBC is backpedaling from its earlier predictions of an Olympic ratings coup; then square that with the reality that the economy is still very much reeling and tossing from recession, what you get is a less than pretty picture for NBC.  As broadcastingcable.com reported,

“Promotion doesn’t guarantee success, but it does give NBC the opportunity to get the attention of a very significant audience,” says Neal Pilson, former head of CBS Sports who now runs his own media consulting company. “But if the program is lousy, that’s the end of the story. You get sampling and sometimes the sampling is so efficient that so many people see it’s a terrible show [and] it disappears immediately. It’s a double-edged sword.”

More to come on this.