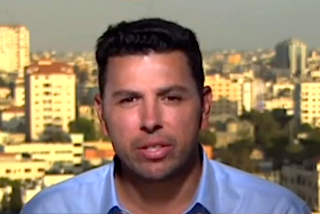 On Thursday, NBC News reportedly pulled correspondent Ayman Mohyeldin out of the Gaza Strip citing “security concerns.” Meanwhile, NBC News correspondent Richard Engel was allowed to stay in the region. But now, it appears the network has reversed its decision and will be sending the reporter back to Gaza to continue his coverage as soon as possible.

Suspicion over the cause of NBC’s initial decision to remove Mohyeldin followed a widely seen report he gave on Wednesday, describing an Israeli missile attack that killed four Gazan children and injured three others. Glenn Greenwald, who first reported NBC’s decision on First Look, criticized the network for removing the correspondent “at exactly the moment where he brought the humanity of this war and the humanity of Gazans to the world.”

GREAT news: NBC reverses its decision on pulling @AymanM – sending him back to Gaza on Sunday https://t.co/4ClcJ7PaGs

No question: an interesting testament to the power of social media. RT @leahmcelrath Do you think the outcry helped? #NBC

Watch the report that may have led to NBC pulling Mohyeldin out of Gaza below, via MSNBC: