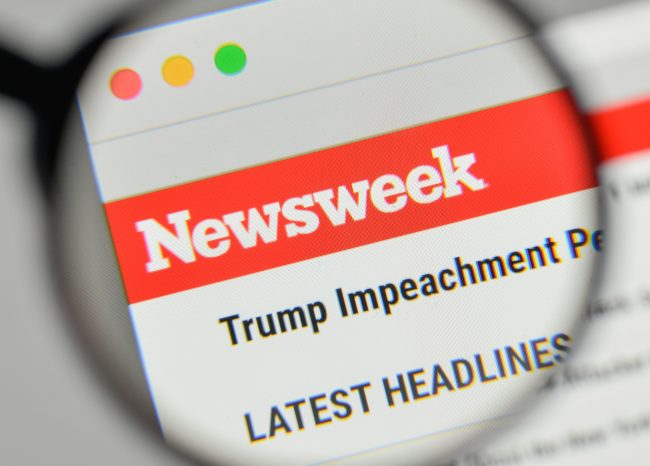 The Wrap‘s Jon Levine tweeted Thursday that a person he identifies as Newsweek insider told him that the publication “has descended into a content farm for last-resort clickbait.”

The unnamed insider went on to say that Newsweek journalists are “forced to put their names on stories the news directors know will cause outrage on Twitter.”

The full text of the insider’s comments is below:

Asked a Newsweek insider about that Trump/erectile dysfunction story

Newsweek has had its share of criticism in recent months. In November, social media users cracked down on the publication for comparing serial killer Charles Manson to president Donald Trump, and Newsweek also received significant backlash over a graphic cover image referring to the #MeToo movement:

“Newsweek was once a premiere [sic] media organization and an incredible springboard for young journalists hoping to grow a name for themselves,” Levine’s source said. “The company culture has turned the newsroom into a toxic work environment.”