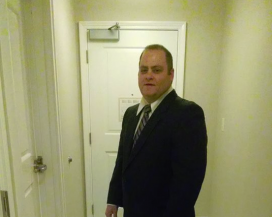 A series of threatening comments towards a reporter for The Daily Beast originated from the Facebook account of a New Jersey politician on Monday.

Nuzzi tweeted a screenshot of the vile comments, which included: “I. Hope. Somebody. Rapes. You. Today.”

This man who wants me to be raped today was a Republican candidate for office in NJ https://t.co/NgxtjOTaJ9 pic.twitter.com/H31Q5VmXVc

Nuzzi retweeted someone later who pointed out, correctly, that Krawitz is running for office this cycle.

The West Deptford GOP took to Facebook to say that they did not condone the comments and were “in the process of contacting Twitter for confirmation that someone hacked (Krawitz’s) account.”

One problem: The post originated from Krawitz’s account on Facebook, not Twitter, as Nuzzi pointed out in the comments. (UPDATE: Both the West Deptford GOP’s original Facebook statement, and Nuzzi’s comment have now been deleted. CBS Philly is reporting that as of Tuesday, the West Deptford GOP no longer believes Krawitz was hacked. “Through the day our leadership reviewed all the facts surrounding this matter and we cannot find any reasonable reason to believe Mr. Krawitz’s account was hacked in anyway[sic].”)