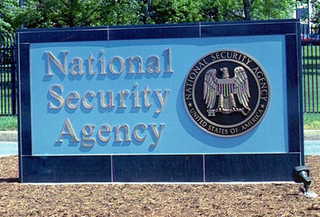 The FBI has arrested and is currently investigating a Maryland man for potentially stealing highly-classified information from the National Security Agency (NSA).

Harold Thomas Martin III is a government contractor with top level clearance to national secrets, and unsealed documents from the Justice Department have confirmed that he was taken into custody back in August. Law enforcement confiscated several devices containing sensitive information during a raid on Martin’s house, and he now stands accused of stealing government property and the unauthorized removal or retention of classified materials.

The New York Times broke the news of Martin’s arrest and noted how he worked for the same consulting firm where Edward Snowden worked before he became an NSA whistleblower back in 2013. Martin reportedly denied to the FBI that he took anything at first, but when he was confronted with the information from his property, he stated that he was not authorized to have it there.

Indications from the criminal complaint suggests that most if not all of the information from Martin’s house was dated back to 2014. As investigators work to determine Martin’s motivations, they are also looking into whether he took a highly-secret computer code designed to hack the computer networks of foreign nations like Russia, Iran, and China.

Consulting firm Booz Allen Hamilton releases statement on arrest of its employee, who worked as contractor for NSA.https://t.co/4lAoJDAEtB pic.twitter.com/3XkSmh39m1