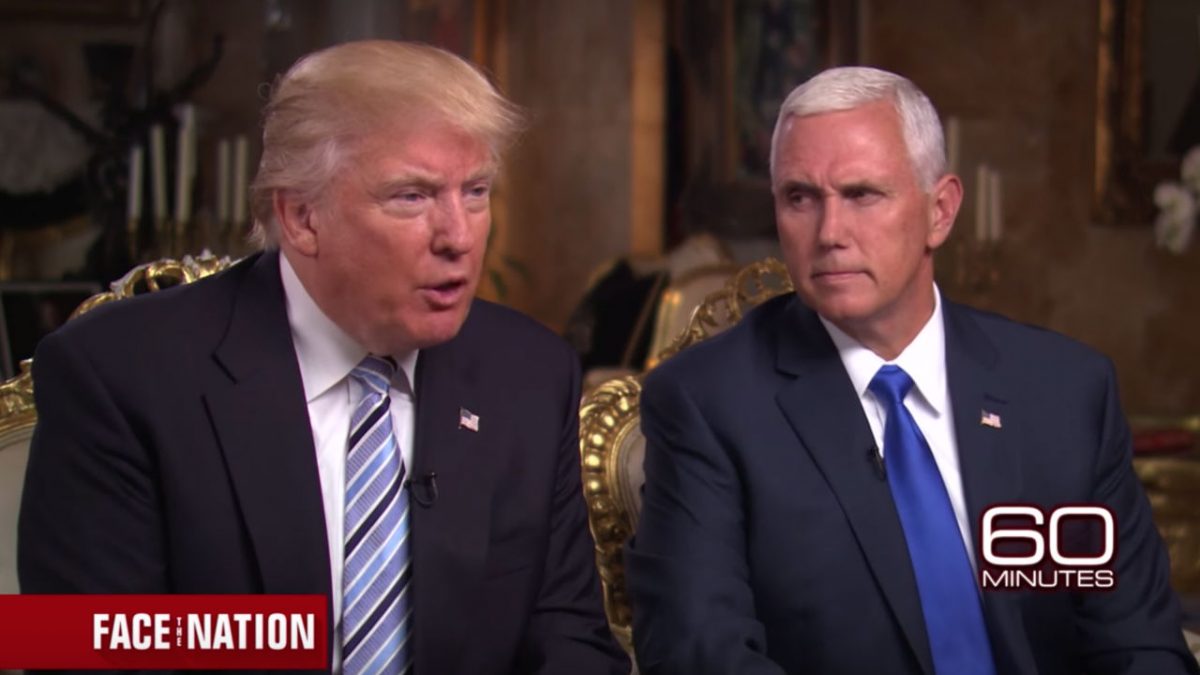 President Donald Trump lashed out today at the New York Times for its report that he’s questioning Mike Pence‘s loyalty.

He trashed it during this morning’s pool spray as a “phony story” and complained that he wasn’t asked for a quote on the report, which he reiterated in tweets later this morning on the way to California:

The New York Times did a phony story, as usual, about my relationship with @VP Mike Pence. They made up sources and refused to ask me, the only one that would know, for a quote….

….I can’t imagine any President having a better or closer relationship with their Vice President then the two of us. Just more FAKE NEWS, the Enemy of the People!

Now, for the record, the Times did reach out to the White House, and we know that because the report includes a quote from a White House official:

Hogan Gidley, the deputy press secretary, disputed that Mr. Trump had any misgivings, saying, “The president absolutely supports the vice president and thinks he’s doing an incredible job helping to carry out the mission and policies of this administration.”

And Maggie Haberman, one of the reporters who filed the story, responded by saying if the President is upset, he may want to take it up with his own people:

FACT CHECK: Emailed with @PressSec and spoke with first deputy Hogan Gidley, who is quoted. POTUS would need to talk to them about why they didn’t provide us with a quote from him. https://t.co/Z5gE9q8FqF