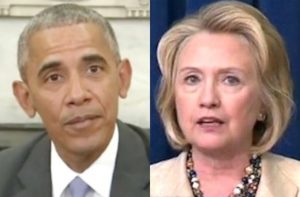 The oppression, theft, murder, and assault of white people is always a breaking news story and cover of the New York Times, but when Native Americans are the victims––well, that’s just not that sexy of a story for our media.

My answer: go down to Cannonball, North Dakota for a few days ASAP. You’ll come away forever changed.

That’s what I did this week, for the third time, covering the Native American water protectors—and their non-native allies’—fight against the Dakota Access Pipeline, a fracked-based pipeline being routed through the Missouri River and Lake Oahe––the main water source for Native Americans and millions of others.

Since the mainstream media never takes a break from obsessing over Donald Trump’s every booger, you probably have NO CLUE that the pipeline’s foundation was built on straight-up racism.

So, lickety-split, with the assistance of in-bed-with-big-oil politicians, Energy Transfer Partners—the pipeline’s parent company—took about five minutes to decide to route the 1,172 mile, four-state pipeline over the Native Americans’ land belonging to the Standing Rock Sioux Tribe.

And following the lead of the politicians before him, President Obama, his Department of Justice, and the Army Corps of Engineers—who say they “legally” own the land, but really don’t (the land is the Native Americans’ as per the 1851 Fort Laramie Treaty)—rolled out the red carpet for the greedy oil company to frack right through sacred burial grounds and the main water source for millions.

Those burial grounds, where many brave indigenous warriors are laid to rest surrounded by sacred stones and artifacts, have been dug up during construction—as if it’s some insignificant back alley you go to piss when the bar line is too long.

Beyond this disgrace, there’s the militarized police force that, this week, made me wonder if I was in America or Syria. As TYT Politics exclusively reported, water protectors camping at Standing Rock worked feverishly overnight on Tuesday to build a makeshift wooden bridge that would allow them to walk over a small river to the hill where their ancestors are buried and pray.

The reason: the night before, they found private security for DAPL patrolling on the hill, continuing to illegally surveil the protectors.

The Morton County Sherriff’s office dispersed over 100 militarized police to the river to stop Native Americans and non-Natives from reaching the hill to PRAY.

They shot them from point blank range with rubber bullets—which can kill—and pepper sprayed dozens of protectors who swam across the river once the bridge failed. Again, to PRAY.

Making it even more egregious: the drunk-on-power oil police were standing ON TOP of the a burial ground where 11 of the protectors’ ancestors are buried. They were also standing on top of U.S. Army Corps Land, which they are NOT supposed to be on, as per the Army Corps.

But, like the rest of the laws the police have been rewriting on a daily basis near Standing Rock, (flying in a no-fly zone, flying at night without lights on, illegal strip searches, failure to read arrestees their rights, depriving arrestees of their phone call, breaking people’s arms during arrest, illegal surveillance, stealing arrestees property, withholding arrestees medication, breaking into arrestees cars without a warrant and stealing property, just to name a few), the police screamed that the protectors were the ones trespassing.

No basis in fact, no basis in law—just your average day at Standing Rock.

And, even more corrupt: the out-of-control-state-oil police are working hand-in-hand with private security the oil company has dispatched to surveille and intimidate water protectors.

You know, that conservative security force who unleashed hounds to bite human flesh in September.

Meanwhile, President Obama and Democratic presidential nominee Hillary Clinton storm the country—often together—foaming at the mouth with meaningless platitudes like “Stronger Together” and “when they go low, we go high.”

When asked about the pipeline—in the midst of the increasing war zone images coming out of Standing Rock—the president said he’ll just let things “play out for several more weeks” and see if the Native Americans and the oil company can play nice.

Great idea: let things play out until the first water protector gets killed.

And when asked about the pipeline, Clinton did what she does best—she said something but really nothing:

From the beginning of this campaign, Secretary Clinton has been clear that she thinks all voices should be heard and all views considered in federal infrastructure projects. Now, all of the parties involved—including the federal government, the pipeline company and contractors, the state of North Dakota, and the tribes—need to find a path forward that serves the broadest public interest. As that happens, it’s important that on the ground in North Dakota, everyone respects demonstrators’ rights to protest peacefully, and workers’ rights to do their jobs safely.

Donald Trump, who no one would confuse with a champion for anybody’s rights, much less those of Native Americans, has investments in the pipeline’s parent company.

The fact that our current president—a historic figure as the first African American president—is allowing big oil to stomp all over sacred land and assault innocent protectors trying to save their water is a stain on our country—and his legacy.

The fact that the likely next president lacks the moral fortitude to take a stand one way or the other is not only a disgrace—it’s a dangerous sign of things to come.

But, hey folks—it’s all good. After all, we’re “stronger together”—unless you’re a Native American—nope, the establishment elites say you’re on your own.

And that’s why this fight is about much more than water, or land, or culture. This is about the overarching war between corporate and political greed on one side and humanity and love on the other.

Which side are you on, Mr. President?