Obamacare in Context: Stories on Total Enrollees Lack Only Number That Matters

Obamacare in Context: Stories on Total Enrollees Lack Only Number That Matters 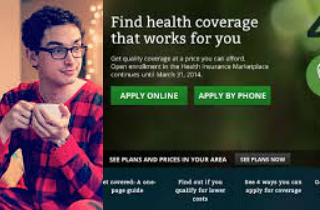 One of the most common errors made on a daily basis in cable news is the failure to provide context around numbers.

In a past life I was a national news writer, which is different than what you’re currently reading. News writing consists of putting together a 15-30-second script around a particular story. But oftentimes lately it seems writers and producers are forgetting how the audience absorbs information, particularly numbers, which never play well on TV where stories move so fast. As a result, context is rarely provided.

Way back when, my executive producer was extremely meticulous and therefore made certain any number we used in a story had some kind of benchmark associated with it. That’s no longer a universal rule, however. Might be intentional, might not be…depends on the network you’re watching and the narrative attmepting to be sold.

Case in point #1: Monthly unemployment numbers. It’s a first-Friday-of-the-month breaking news staple of every morning show. It’s also an utter and complete waste of a story when relevant or comparative numbers aren’t placed around it. So when the average person at home hears that 200,000 jobs were added last month…that may sound awesome. What is rarely included is the fact that 200,000 jobs are needed each month just to keep pace with population growth and therefore break even. It would be simple to tag every unemployment story with this fact. But for whatever reason, it rarely happens.

The latest news is that the ACA has experienced a nice bump in enrollment through the federal marketplace to the tune of 975,000 in the month of December alone. Good times if you’re a Democrat—and particularly one up for re-election in 2014. After all, guys like me have been saying that Obamacare would be an albatross for the Dems in November thanks to the higher deductibles, higher premiums, intrusion of the doctor/patient relationship and millions losing their insurance policies altogether. So if the website is now working properly and people are rushing to sign up, this can only be bad news for the GOP, correct?

Well, no. And here’s why when bringing in the big picture many in the media fail to present: The demographics of those signing up, particularly as it pertains to age. In short, in order for Obamacare to work, in order for it to sustain itself, 2.7 million “young invincibles” need to enroll, or roughly 40 percent of the seven million overall needed by the end of March.

Yet, analysis after analysis on cable news seemingly focuses on three things: The overall number (the aforementioned 1.1 million) and the political ramifications for the President’s legacy and/or if it will be a boon or bust for Democrats come midterm time. And because the focus is in those three areas, it appears no one of significance is asking for specific numbers around the age of enrollees. When the question has been asked, it’s been Rip Torn’s five D’s of Dodgeball: “Dodge, duck, dip, dive and dodge”.

The administration has refused to this point to provide the number (likely because it’s exceedingly low) and those tasked with asking the question have taken their eye off that ball since October. Regardless, the Obama team knows how important it is to get young people to enroll—those not taking advantage of a provision of the law that allows them to stay on their parents plan until age 26, anyway—and have unleashed a campaign that includes the most ridiculed figure to hit the internet since the stock photo girl of healthcare.gov…Pajama Boy. To say the strategy hasn’t been effective would be an understatement.

So what happens if not enough young adults sign up and opt for a tax penalty instead? Higher premiums due to an uneven pool that skews heavily towards the sick and/or elderly. That spells doom from a political perspective ten months from now for those who supported the law.

We’re now told by the administration the young enrollee number will be provided “at the middle of next month.” Funny how the 1.1 million overall number or the number of people visiting the site recently has been made available so quickly…but the detail around the only number that matters has been so elusive to this point.

So the next time you hear any news around the overall number of Obamacare enrollees, try to do what many news producers and writers are failing to do for you:

Put it all into context.