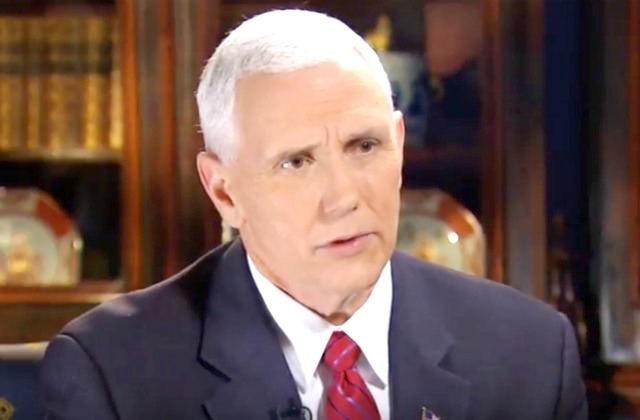 By now, you may have seen all the mockery Vice President Mike Pence has received for touching something at NASAS that had a rather blatant DO NOT TOUCH sign on it:

The Vice President toured the Kennedy Space Center yesterday, and that picture got roundly mocked on Twitter:

In Pence's defense, "DO NOT TOUCH" is in quotes. pic.twitter.com/E6AXhxICnn

Mike Pence @VP gets a tour of the NASA Orion clean room & touches critical space flight hardware even though the sign says not to. ??? pic.twitter.com/Wk2HWdNbp0

Well, now Pence is getting in on it too, tweeting out a jokey mea culpa today:

Okay…so this isn't exactly the first time this has happened. pic.twitter.com/6Y7b3UlJXe

And as far as NASA’s concerned, it’s all good:

It was OK to touch the surface. Those are just day-to-day reminder signs. We were going to clean it anyway. It was an honor to host you! https://t.co/gu8zxknsJv