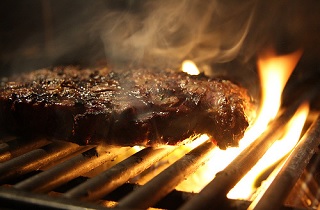 Washington, DC juggernaut Politico has more than its share of detractors, who abhor the site’s sizzle-over-steak approach and outsize influence. In an interview with The New Republic‘s Isaac Chotiner, founding editors Jonathan Harris and Jim VandeHei, gave those detractors a big bone to chew on by articulating their mission in Carpaccio-cold terms. Asked to describe their larger mission, VandeHei offered the company’s profitable business model, while Harris openly mocked the idea that journalists have some duty to serve the public.

In his intro to the interview, Chotiner nimbly sums up both the appeal of Politico, and the crux of its detractors’ criticicm:

Founded in 2007, the site refers to its mission as “driving the conversation.” That process works something like this: A story about, say, dunderheaded IRS practices will move quickly from the underlying facts to an extended examination of Washington’s reaction to those facts. Views are sought from a predictable cast of insiders; “perceptions” and “narratives” are dissected; the conventional wisdom is deftly enshrined. With any luck, political and media figures will respond to the initial article, driving the conversation some more. This is why adherents read Politico obsessively: It is an accurate hourly distillation of what and how Washington thinks. It’s also why critics see Politico as a malignant influence on the capital, exacerbating its fixation on the petty.

Although the article, and the interview, are pegged to Politico’s announcement that it is moving into more long-form journalism, the underlying message seems to be that Politico is what it is. This is best articulated by Vandehei’s rhetorical query to critics: “What part of Politico don’t you understand?”

The competitive pressures of the internet age, and the resulting “democratization” of media, have forced every journalism concern to accept some level of trade-off, between exercising sound editorial judgment in the public’s interest and giving the people what they want, but that tradeoff is supposed to bother you. You’re supposed to try and sneak a little spinach in with the deep-fried Twinkies. Chotiner asked VandeHarris about the spinach, and had it spat back at him:

IC: But what is the larger mission, besides bringing this news to your niche audience? When The New York Times does some story on pensions and the Long Island Rail Road, that story might not come out and say, “Our goal is to fix the pension system at LIRR,” but that is the upshot.

JH: “Our goal is to win a Pulitzer Prize, and this is the project for that.” (Harris’s impersonation of a pompous Times editor.)

In fairness, there probably is a certain level of self-righteous ego involved in this sort of reporting, a quality that would seem necessary in a profession where individuals are driven by the desire to “make a difference,” but in shooting for that Pulitzer, the public is also being served. Chotiner affords Harris and Vandehei the opportunity to narrow their seeming contempt for journalism’s loftier goals:

IC: So what is it for you? Do you want good government? To keep politicians honest? What?

JVH: Helping people understand Washington. Not how they want it to be, not what you think is important, but how it operates. We also really want to save for-profit, nonpartisan journalism. We want to prove there is a business model that works.

JH: We have an obligation to be interesting. We don’t think of ourselves as the electric company or the water company: Well, we have a responsibility …” (Harris’s impersonation of a virtuous but self-righteous public-utility CEO.) That was a mindset in a previous generation of journalists. That mindset might have even been legitimate. There really were only a handful of establishments reporting on this stuff and making judgments on its relative importance. People were looking to editors to say, “Tell me what I should think about.” We are in an era where everyone is his or her own editor and will decide what they care about. If we are boring, … there is no market for that. Nor is there a public calling to be boring.

IC: You don’t think there is any public calling to be perhaps boring if pensions are being stolen?

JH: I don’t know. Maybe if I lived on Long Island, it wouldn’t be that boring.

Lest you think it’s just me, that I’m just being hard on Politico’s editors, there’s a telling moment, later in the interview, in which Chotiner asks Harris and Vandehei if there’s a particular story they’re most proud of. That’s usually an easy question for a reporter to blurt out several ready answers to, but Harris dodges it, responding that “I think of us more in terms of reporters and our young staff, and I think about that in terms of the broader business. It’s crumbling!”

Maybe so, but if being in that business means not doing work that you can be proud of, you should probably leave it to people who care about it.