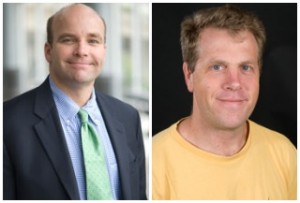 For a while now, Washington Post media blogger Erik Wemple has done a series of stories about POLITICO’s Mike Allen in the past few weeks, taking on Allen for “native advertising” in POLITICO’s Playbook and, most recently, examining Allen’s relationship with Fox News. Allen finally responded in a scathing statement to The Huffington Post.

In the Fox News piece, Wemple takes note of all the positive mentions of Roger Ailes in Playbook and how missing amid those mentions are the negative stories that have come out about Ailes in a new book about the Fox News boss.

Allen, clearly not happy with being framed as a flak, fired back.

“Erik’s posts about Playbook are false and insulting,” Allen wrote in his email. “I haven’t responded because his obsessive, anti-Playbook agenda has been obvious for some time.”

“I have based my career on honesty and trust,” he continued. “Over the past seven years, there have been more than 8 million words of Playbooks, including hundreds of announcements from every group under the sun. You could cherry-pick items to make any case you wanted: that I’m a conservative hack, or a liberal tool, or a bad writer or a good guy. I write Playbook 365 days a year because I enjoy it, and greatly respect the readership it has attracted. I make my decisions based on a single consideration: whether the item would serve the audience.”

Wemple also gave a statement to HuffPost, saying he’d been trying to reach out to Allen himself but did not get a response.